To share your memory on the wall of Andrew Idol, sign in using one of the following options:

Andy attended Round Rock High School in Round Rock, Tx., and on August 6, 2001, he made the courageous decision to follow his life-long dream of becoming a soldier and enlisted in the United States Army. He served his first term through August 5, 2004, then he reenlisted on April 28, 2009. Andy was a true patriot, having served in the United States Army Infantry, as well as the Army Airborne Rangers and the 101st Army Airborne Ranger Division. He served multiple tours in Iraq and Afghanistan during his military career. For his service, he was awarded numerous decorations, medals and badges, including: The Expert Marksmanship Badge, Combat Infantryman Badge, Expert Infantryman Badge, Army Commendation Medal, and multiple Campaign Medals with Campaign Stars, Service Medals, and Ribbons. Most notably, his bravery and courage were rewarded by receiving a Purple Heart, a Bronze Star, and an Army Good Conduct Medal. Sergeant Andrew P. Idol was honorably discharged from the United States Army on October 20, 2013. He was a dedicated man of honor, who always looked out for his fellow soldiers, family, and friends.

Andy was an avid sports fan. He was a very good baseball player and from a young age advanced through many teams in his youth, before playing for the Round Rock Dragons High School Baseball Team. As an adult, Andy collected countless pieces of sports memorabilia. Andy also enjoyed playing electric and acoustic guitar, a skill he taught himself while serving overseas in Mosul, Iraq. He had an ear for music, loved to listen to rock and blues music, and attended many concerts. A major movie buff, Andy watched anything from horror to comedy and could recite verbatim “Pink Panther” movies. His favorite place to travel was his home state, Texas, where he had family in Houston, Llano, Round Rock and Dallas. Andy was fiercely loyal, tough, fearless, and protective, but had a way of leading his life with love and generosity. His quick wit made him the comic relief of any crowd. Andy was empathetic, he would do anything for anyone. He showed this character trait in his relationships with family, friends, and perfect strangers. More importantly, at 17, Andy made a selfless decision to serve our Country, keeping us safe and free at home.

A Memorial Services will be held at a later date in Round Rock and Houston, Texas. Details for the service will be posted to this webpage when that information becomes available.

Andrew will be laid to rest in Arlington National Cemetery in Arlington, Va. following a committal service and military honors.

In lieu of flowers, memorial contributions are suggested to be made to www.patriotpaws.org please include “in honor of Andrew Idol” with your donation to ensure it is allocated to the appropriate fund.

To send flowers to the family or plant a tree in memory of Andrew P. Idol, please visit our Heartfelt Sympathies Store.

Receive notifications about information and event scheduling for Andrew

We encourage you to share your most beloved memories of Andrew here, so that the family and other loved ones can always see it. You can upload cherished photographs, or share your favorite stories, and can even comment on those shared by others. 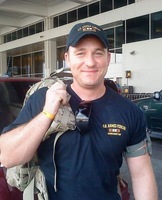 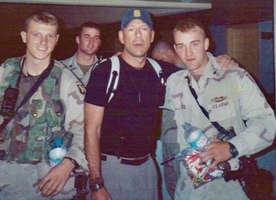 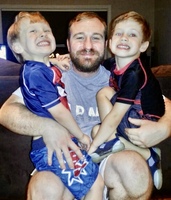 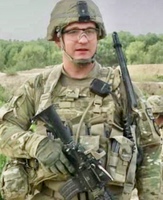