To share your memory on the wall of Barbara Gearhart, sign in using one of the following options:

She was born on March 3, 1934 in Stroudsburg, Pa. the daughter of Clifford Robert Harmon and Annab... Read More
Barbara Sue Gearhart, age 86 years, of California, Mo., passed away Thursday, March 12, 2020 peacefully at her home, surrounded by family.

She worked for over 30 years at Dallmeyer’s Jewelry Store, where she served as anything from saleswoman to secretary and everything in between.

Gardening, collecting seashells, and thrift shopping were a few of her many hobbies. She was always in search of another pink flamingo or roadside item to add to her collection. She enjoyed vacationing on cruise lines, traveling as far as Alaska and Hawaii, and even enjoyed spoiling her family with a few. She looked forward to road trips, and spent many a winter as a “snow bird” in Florida. Most of all she enjoyed any time spent with her family, especially her grandchildren and great-grandchildren. Anyone who met Barbara quickly became her friend, but could tell you she was not afraid to give you an honest answer. She was a straight-shooter, and being the supportive military wife that she was, she was an inspiringly tough, independent woman.

Survivors include: three children, Frederick “Al” Gearhart and his wife Joyce of Bartlett, Tn., Cheryl L. Ackerman of California, Mo., and Robin A. Smith and her husband Kenny of Jefferson City, Mo.; one sister, Rachael Lindsey; one brother, Jay Harmon and his wife Karleen of College Station, Pa.; 10 grandchildren; 4 great-grandchildren; 2 great-grand-dogs; and many other family and friends.

She was preceded in death by her parents; her husband; and her son-in-law, Roger Ackerman.

Services will be held privately for the family.

In lieu of flowers, memorial contributions are suggested to the Barbara Sue Gearhart Memorial Fund.

To send flowers to the family or plant a tree in memory of Barbara Sue Gearhart (Harmon), please visit our Heartfelt Sympathies Store.

There are no events scheduled. You can still show your support by sending flowers directly to the family, or planting a memorial tree in memory of Barbara Sue Gearhart (Harmon).
Visit the Heartfelt Sympathies Store 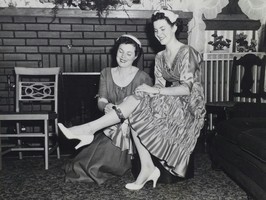 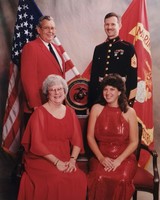