To share your memory on the wall of Barbara Ulmer, sign in using one of the following options:

Barb was a graduate of Sharon High School and Shenango Valley Institute.

Barb was employed by Westinghouse Electric Corporation in Sharon, Pa. as an Administrative Assistant for over fifteen years. Barb and her husband, Arnold, moved to Jefferson City in 1975. In 1976 she became the secretary treasurer at First United Methodist Church. Barb served in this capacity for 16 years, until she retired in 1992 to take care of her grandchildren, Laura and Brad. She moved to the St. Louis area after an illness to be closer to her family.

Barb will be remembered by all who knew her as a very social person. She genuinely enjoyed visiting with people. Every morning, Barb looked forward to her morning walk and her morning devotions. Barb was an avid reader, who also loved doing puzzles and playing cards. She was definitely considered the ultimate card shark when playing with her family. She looked forward to traveling to visit her daughter, Beth, in Florida and North Carolina and had great memories from those trips.

Everyone who knew Barb will tell you she was completely devoted to her family, especially to her grandchildren. She was a constant fixture at their football games and equestrian events and all their friends knew “Grandma Barbie”

Barb was preceded in death by her parents; her loving husband; one sister, Margaret Knapp; and three brothers, William Fette, Robert Fette, and Richard Fette.

Visitation will be at Freeman Mortuary from 1:00 p.m. until 2:00 p.m. Sunday, October 25, 2020. Friends are welcomed to attend the visitation and the family has requested that anyone in attendance wear a protective mask.

Funeral services will be conducted at 2:00 p.m. Sunday, October 25, 2020 in the Freeman Chapel with the Reverend Trevor Dancer officiating. Graveside services and interment will be held at Riverview Cemetery in Jefferson City, Mo.

A webcast of her service will begin at 1:45 p.m. Sunday for friends to view that are not able to attend by going to the "photos and videos" tab of this page and scrolling down to the webcasting link. Friends may mail sympathy cards to the funeral home or leave condolences online to be given to her family.

To send flowers to the family or plant a tree in memory of Barbara E. Ulmer, please visit our Heartfelt Sympathies Store.

Sumedha, Tom and Paige and entire Weis family, and other have sent flowers to the family of Barbara E. Ulmer.
Show you care by sending flowers

Posted Oct 24, 2020 at 07:28pm
Beth - Wishing you peace to bring comfort, courage to face the days ahead and loving memories to forever hold in your hearts.

Posted Oct 23, 2020 at 10:38pm
My thoughts and prayers are with your family. I remember all the times Beth and I spent together at church and how our moms were so supportive of our faith development. Sorry that I can’t be there with you on Sunday. Your mom was a special lady. God’s blessings to you and strength for your family.
Jan (Haralson) Hankinson
Comment Share
Share via:
CG

Posted Oct 23, 2020 at 06:10pm
I am so sorry about your loss and she was a very special Aunt to me and she will be sadly misses you are all in my prayers Love the Carla Garofali family
Comment Share
Share via:
TF

Posted Oct 23, 2020 at 12:16pm
We always enjoyed visiting with Barb at all of the Chaminade events! Our thoughts and prayers are with you all. 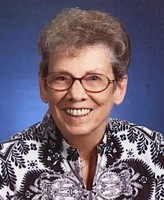