To share your memory on the wall of Beulah Hitt, sign in using one of the following options:

Beulah and her family grew up with very humble beginnings. As a family, they enjoyed picking berries together, especially blackberries and gooseberries. They lived in rural Fredericktown, about 5 miles from town. Beulah proudly graduated from Fredericktown High School as class Valedictorian.

After graduation, Beulah worked as a waitress in Cape Girardeau, where she met her husband Bob. It was not long until Bob and Beulah were married and he was drafted into the United States military. During this time, Beulah worked as a secretary in the St. Louis area for nearly 30 years. In 1990, after retirement, Beulah and Bob moved to Jefferson City to be closer to their family. They moved two blocks away from Beulah’s brother and sister-in-law.

Beulah loved her garden and gardening. She spent much time canning and sharing her vegetables with friends and family, especially her tomatoes and zucchini. Beulah was a very good cook. She often invited Herb and Anita over for homemade peach pie and coffee. Beulah also enjoyed reading. Most of all, she cherished the time she spent with her family, friends, and families who visited her from out of town.

Some of Beulah’s favorite memories include making yearly trips to Texas with Bob to visit their nieces and nephews. She always looked forward to family reunions to Fredericktown where she was able to catch up with her grade school teacher from Shady Grove, Mrs. Osbourne.

Everyone who met Beulah described her as the sweetest woman. She was loved by her neighbors and she loved them just as much. Beulah will be remembered for her caring heart, strong will, and independent nature.

Survivors include: one brother, Herbert Chapman (Anita) of Jefferson City, Mo; and several nieces and nephews.

Beulah was preceded in death by her loving husband of over 70 years; one brother, Thomas Chapman; and four sisters, Maple Bogg, Edna Anderson, Hilda Benjamin, and Opal Sanders.

Due to the pandemic, there will be no public visitation with the family.

A private funeral service will be livestreamed at 10:00 a.m. Thursday, November 5, 2020, in the Freeman Chapel with Pastor Lowell Perkins officiating. Family and friends may watch by going to her memorial page on Freeman Mortuary’s website and clicking the webcasting link under the “photos and videos” tab. Please remember to unmute the video to enable sound.

Private graveside services and entombment will be held at the Mausoleum of Riverview Cemetery.

In lieu of flowers, memorial contributions are suggested to First Assembly of God, 1900 State Hwy C, Jefferson City, Mo. 65101 to help with their missionary fund.

To send flowers to the family or plant a tree in memory of Beulah C. Hitt, please visit our Heartfelt Sympathies Store.

Receive notifications about information and event scheduling for Beulah

We encourage you to share your most beloved memories of Beulah here, so that the family and other loved ones can always see it. You can upload cherished photographs, or share your favorite stories, and can even comment on those shared by others.

Posted Nov 11, 2020 at 09:14pm
Beulah was a very sweet sister in law. She loved when the whole family came to see her at the same time.
She was always interested in what the kids were doing. We always shared our cakes together.
Before we left to go home we always took pictures with Beulah. We will miss her greatly.

Posted Nov 04, 2020 at 02:23pm
To the entire Beulah Hitt family:
Please accept our deepest heartfelt sympathy for her passing. May she rest in God's loving arms forever. God Bless Us All.
Comment Share
Share via:
DM

Posted Nov 02, 2020 at 11:13am
Aunt Beulah will be missed by all of us. She was so active up until the end. I remember going to visit her and she would be in the yard taking care of her pretty flowers or walking around the yard. We loved visiting her and hearing all the fun stories over the years about her and Uncle Bob -- they are reunited now. We love you both! The McGuire Family
Comment Share
Share via: 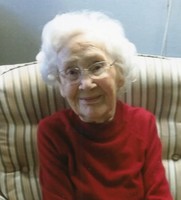 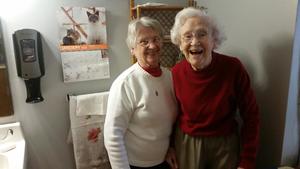 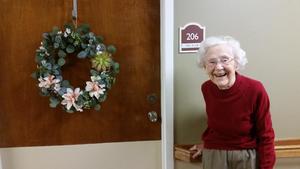