To share your memory on the wall of Bill Northway, sign in using one of the following options:

Bill was born July 4, 1944 in Jefferson City, Mo., the son of William and Alma (Shelnutt) Northway. Bill was married on September 11, 2004 to Rhoda Wilson in Columbia, Mo., who survives. Bill has two sons, Rodney and Mitchell, from a previous marriage to Darla Rippeto of Jefferson City, Mo.

A lifelong resident of the central Missouri area, Bill graduated from Jefferson City High School in 1962 and attended Lincoln University.

He began his 30-year construction career as a cement mason and was later elected as the business agent for Local 368 for central Missouri. For the remaining of his construction career, he owned and operated his own construction company along with his sons, building and remodeling homes. In 1994 he was hired at the Missouri Department of Corrections as maintenance supervisor where he retired in December, 2006.

Bill cherished time with his family and loved supporting his sons and grandchildren by attending their sporting events and other life celebrations. He enjoyed camping and hunting with his sons and traveling out west hunting with friends. Bill looked forward to traveling later in life with his wife, Rhoda, to Mexico every January, and a once-in-a-lifetime trip to the Mediterranean. From his love of baseball, Bill and Rhoda made a quest to visit all the Major League baseball parks but was always loyal to their favorite team St. Louis Cardinals. During his free time, he enjoyed his Thursday night golf league with friends and growing tomatoes in his garden. In his younger days he could be found driving a race car at the old Jefferson City Raceway or flying political officials around the state. In recent years, he enjoyed spending time restoring his 1979 Ford truck. Most importantly, he cherished his family and gave generously of his time with those he loved, who called him Dad and Grandpa Bill.

He will be remembered for living every day to the fullest, never looking in the rearview mirror. Bill genuinely cared about people and took every opportunity to help those less fortunate.

He was preceded in death by his parents; one grandson, Theodore “Theo” Northway; three brothers-in-law, Paul Miller, David and Donald Smith.

Visitation will be held from 12:00 pm until 2:00 p.m. Tuesday, January 19, 2021 at Freeman Mortuary with a Celebration of Bill’s Life following in the Freeman Chapel at 2:00 p.m. Graveside services and interment will be held at Riverview Cemetery. The general public is welcome to attend Bill’s services and his family has requested anyone in attendance to wear protective masks.

A webcast of his service will begin at 2:00 p.m. Tuesday for friends who are not able to attend by visiting his memorial page on Freeman Mortuary’s website. Friends may mail sympathy cards to the funeral home or leave condolences online for the family.

In lieu of flowers, memorial contributions are suggested to the Jefferson City School District Food Service Department to supplement breakfast and lunch accounts for children in need.

To send flowers to the family or plant a tree in memory of Bill Northway, please visit our Heartfelt Sympathies Store.

Receive notifications about information and event scheduling for Bill

We encourage you to share your most beloved memories of Bill here, so that the family and other loved ones can always see it. You can upload cherished photographs, or share your favorite stories, and can even comment on those shared by others.

Doug and Tracy Lanier and Butch and Patsy Thompson sent flowers to the family of Bill Northway.
Show you care by sending flowers

We are sorry to learn of Bill's passing. We remember him from way back during his flying days. He always was smiling. May the memories of him ease the pain in your hearts of his passing. Our prayers are with you during this time of sorrow.

Doug and Tracy Lanier purchased flowers and planted a memorial tree for the family of Bill Northway. Send Flowers

Posted Jan 18, 2021 at 03:31pm
My sympathy to all the Northway family. Have known Bill from Kindergarten at East Elementary School, thru Simonsen Jr. High, J.C. Senior High, and off & on over the years since. Will always remember our class 6th grade Halloween Party as his house on Elm street. We all thought we were so grown up. Our little group from East School gets smaller and smaller as the years go by. He will be missed.
God Bless you all and remember all the good times. 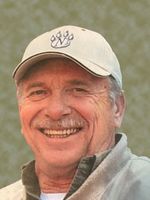 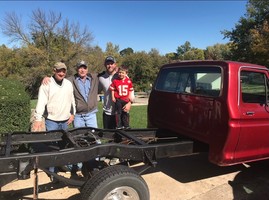 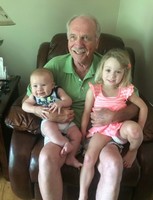