To share your memory on the wall of Brett Berri, sign in using one of the following options:

Provide comfort for the family of Brett Berri with a meaningful gesture of sympathy.

He was born September 5, 1961 in St. Louis to Laurance P. and Audrey Wood Berri. He received a BA in Journalism from George Washington Univ... Read More
Brett W. Berri died Tuesday, January 22, 2019 at the Capital Region Medical Center. He was 57.

He was born September 5, 1961 in St. Louis to Laurance P. and Audrey Wood Berri. He received a BA in Journalism from George Washington University in 1985 and a JD from the Washington University (St. Louis) School of Law in 1988. He then relocated to Jefferson City to serve as law clerk to the Honorable Andrew Jackson Higgins, Chief Justice of the Missouri Supreme Court.

After a year with the Court, he went on to work at the Office of the Secretary of State for more than ten years, first as a securities attorney, then later as counsel serving the elections division, the franchise tax unit and the administrative rules divisions. In 1998, Berri took a year’s sabbatical from the office during which he earned a Masters’ Degree in Public Administration from Harvard University’s Kennedy School of Government. He finished his tenure with the office as legislative liaison.

In 2001, Berri went to work as an Assistant Attorney General under former Attorney General Jay Nixon, serving as legislative liaison, and working on special litigation, including a variety of administrative and appellate work. In January 2009, Berri became legislative liaison for the Office of Administration under the new administration of Governor Nixon. He served in that capacity until Governor Nixon appointed him to a six- year term at the Administrative Hearing Commission in July of 2015 where he served until his death.

Brett is survived by his sister, Linda Wood Berri, his brother, Paul E. Berri, his nieces Allison Treadway and Susannah Reynolds, nephews-in-law, great nieces and nephews, and his dog, Penny. Brett was a courageous, capable and kind human being who will be greatly missed by all with whom he came in contact.

Visitation will be held Thursday, January 31, 2019 from 4:00 until 7:00 pm at Freeman Mortuary, 915 Madison Street, Jefferson City, Mo. Funeral services will be private.

In lieu of flowers, contributions may be made to a favorite charity, or to the Missouri Department of Conservation for the purpose of planting a tree in Brett’s honor.

To send flowers to the family or plant a tree in memory of Brett W. Berri, please visit our Heartfelt Sympathies Store.

Receive notifications about information and event scheduling for Brett

We encourage you to share your most beloved memories of Brett here, so that the family and other loved ones can always see it. You can upload cherished photographs, or share your favorite stories, and can even comment on those shared by others.

Posted Feb 04, 2019 at 10:00am
I worked with Brett for over ten years and met his parents and brother at a few of his groundhog day birthdays. Brett was a charming man who came from a charming family. He was well-read, polite, and tolerant; in addition, he was kind when it mattered most, eloquent when needed, and always, always, engaging to be around. He seemed to emanate good cheer and I always felt happier when he participated in discussions -- particularly legal discussions--as he seemed to be able to gain consensus by articulating his ideas or re-framing opponents' arguments with dispassionate finesse. I will miss him. Thanks Brett, Mary
Comment Share
Share via:
BP

Posted Feb 01, 2019 at 01:07pm
Paul and Linda,
I am so sorry for your loss. I have only known Brett for a short time through my new position with The Administrative Hearing Commission but he was always a delight to visit with and made me feel right at home in my new job. His presents around the office is greatly missed. I believe he was a special soul and the dear lord has gain one amazing angel. My thoughts and prayers are with you and your Families.
Comment Share
Share via:
GB

Posted Jan 31, 2019 at 02:27pm
Paul and Linda,
It is with great sadness that I heard of Brett's passing. We drifted away over the years and I consider that my loss. So sorry that I am not able to attend today.

Posted Jan 31, 2019 at 12:07am
Our condolences to Brett's family. Joe had the opportunity to work with Brett at the Secretary of States office. He was also our kind neighbor at Washington Terr. Apts. for several years. He used to host a Groundhog Day party, which was fun and a unique reason to celebrate! Brett was a wonderful friend who will be greatly missed.
Joe & Marie Carroll
Comment Share
Share via:
CT

Posted Jan 30, 2019 at 06:38pm
I first met Brett shortly after he graduated from law school. I worked with him on and off for years. He was always friendly and a joy to be around.
He accomplished more than most and never led his situation get in his way.
He loved Penny, as did all of us.
My family and I will miss seeing him on the street with her.
Curt Thompson
Comment Share
Share via: 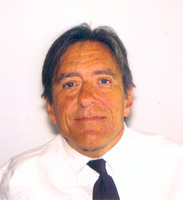 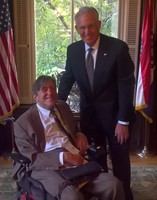 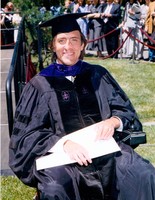