To share your memory on the wall of Bridgette Vinyard, sign in using one of the following options:

Provide comfort for the family of Bridgette Vinyard with a meaningful gesture of sympathy.

Print
Bridgette Lynn Vinyard, age 51 years, of Jefferson City, Mo., passed away Sunday, May 12, 2019 at her home surrounded by family.

She was born March 17, 1968 in Jefferson City, Mo., the daughter of James Vinyard and Patricia Vaughan Sandbothe.

A lifelong resident of the Central Missouri area, Bridgette graduated from New Bloomfield High School in 1986.

She worked nine years for the Housing Authority of the City of Jefferson and six years as an opening chef for Oscar’s Classic Diner.

She was a member of the National Rifle Association.

Bridgette enjoyed knife collecting and had quite a large collection. She was always known to go back-roading on country roads, fishing, enjoying four wheelers or any activity that included her in the middle of a bunch of boys. She will always be remembered for being a very head strong woman and always taking care of her sister Tracy.

Funeral services will be conducted at 11:30 a.m. Thursday, May 16, 2019 in the Freeman Chapel with the Reverend Dr. Monte Shinkle officiating. Graveside service and interment will follow at Hawthorn Memorial Gardens.

We encourage you to share your most beloved memories of Bridgette here, so that the family and other loved ones can always see it. You can upload cherished photographs, or share your favorite stories, and can even comment on those shared by others.

Posted May 17, 2019 at 11:49am
Sorry Jim & Patty Bridgette was a good woman ..Had fun drinking beer and runnin the back roads of New Bloomfield with Bridget Sonja and few others .. Remember as long as we talk about her in our stories, tales and memories she always be here with us ..
Comment Share
Share via:
SW

Posted May 15, 2019 at 12:58am
Bridgette was an important part of my childhood and filled it with fun and laughter. I will remember her fondly. Wishing you peace and comfort.

Posted May 14, 2019 at 10:05pm
Im so sorry for our loss,My sister from nother mother we had so many good times,We would take her dad's truck all the time road back roads and skip school to go pick up walnuts she is one of a kind friend that will be in my heart forever fly high
Comment Share
Share via:

Posted May 14, 2019 at 07:00pm
Patty I am so sorry for your loss. When I think of Bridgette I always think of that sweet mischievous smile. May God heal your heart.
Comment Share
Share via:
C

Posted May 14, 2019 at 04:29pm
I went to New Bloomfield with this wonderful lady. I've known her since kindergarten. I'll never forget you Ms. Bridgette. Fly high my friend.
Comment Share
Share via: 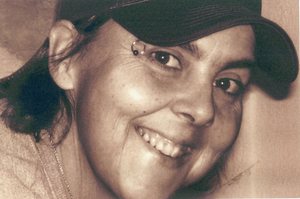 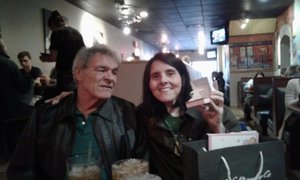 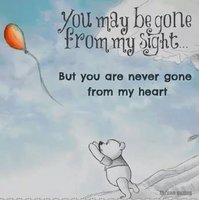