To share your memory on the wall of Bruce Mueller, sign in using one of the following options:

Provide comfort for the family of Bruce Mueller with a meaningful gesture of sympathy.

He was born on October 12, 1963, in Jefferson City, a son of William Elmer Mueller and Judith Ann Gabler. He was married on June 20, 1987, to Rita Thomas Mueller Williams.

Bruce was a 1982 graduate of Hickman High School and went on to receive his Bachelor’s degree in Business Administration, with an emphasis in Marketing and a minor in English, from Columbia College in 1988.

Bruce began working at Nowell’s Supermarket in Columbia, Mo. when he was 16 years old and worked through high school and college. He spent his career managing retail stores including Heilig-Meyers Furniture, Champs Sports, and Kum-N-Go in Springfield, Mo. More recently, he worked at Scholastic National Services Organization in Jefferson City, Mo.

Bruce and his brothers grew up in Columbia, and regularly visited the family farm in Jefferson City. He liked to go coon, rabbit, and squirrel hunting, and enjoyed fishing on the Moreau River and float trips with his family. He also played many sports, especially softball, and coached his son’s baseball and basketball teams. A huge sports fan, Bruce was always cheering on his favorite Missouri teams: the Mizzou Tigers, Kansas City Chiefs, St. Louis Cardinals, and St. Louis Blues.

Visitation will be held at Freeman Mortuary from 1:00 until 2:30 pm Saturday, January 26, 2019, with a Celebration of Life Service following at 2:30 pm. Private graveside services will be held at a later date at Immanuel Lutheran Church Cemetery in Honey Creek.

In lieu of flowers, memorial contributions are suggested to the Boys and Girls Club of Jefferson City.
Read Less

To send flowers to the family or plant a tree in memory of Bruce Mueller, please visit our Heartfelt Sympathies Store.

Receive notifications about information and event scheduling for Bruce

We encourage you to share your most beloved memories of Bruce here, so that the family and other loved ones can always see it. You can upload cherished photographs, or share your favorite stories, and can even comment on those shared by others.

Your Friends at Hoegemeyer Hybrids sent flowers to the family of Bruce Mueller.
Show you care by sending flowers

Guaranteed hand delivery by a local florist
Posted Jan 26, 2019 at 09:38pm
I knew Bruce Mueller from Parkade Elementary School from many years ago here in Columbia, MO. We graduated from high school the same year of 1982. He graduated from HIckman and I from Rock Bridge Senior High School. We were also face book friends. Bruce You are Missed big time but will see you again in the Kingdome of Heaven on the LORD's day and time.
Comment Share
Share via:
YH

Your Friends at Hoegemeyer Hybrids

Your Friends at Hoegemeyer Hybrids purchased flowers for the family of Bruce Mueller. Send Flowers 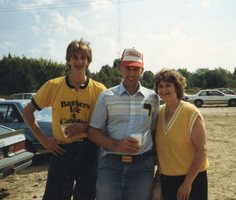 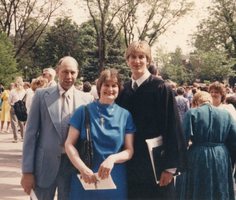 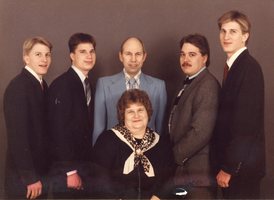