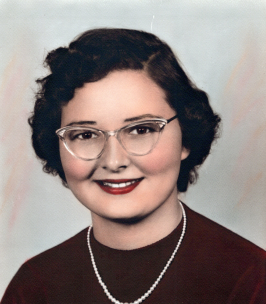 She was born on September 25, 1941 in Roachdale, Indiana, a daughter of the late Frank and Opal (Johnston) Allgood. She was married to Dale Falkenrath, who preceded her in death in 2018.

Carol was truly the matriarch of her family. She was proud to be the mother of three sons, and took pride in everything they did. Carol loved nothing more than taking care of her family and was the homemaker of her home, enjoying every chance she had to take care of them.

Family was everything to Carol and she looked forward to attending class reunions and her annual trips to Indiana to visit her sister. Carol was a fan of country music and Elvis. She enjoyed decorating for all holidays, but especially loved Christmas. Carol had many collectables and trinkets to set out for everyone to enjoy looking at. She was a talented cook and found joy in cooking for those around her. She was best known for her mashed potatoes and her “one of a kind” chili. Carol will be remembered for her caring nature and her kind heart. She met a friend everywhere she went. She will be greatly missed by all who knew and loved her.

Carol was preceded in death by her loving husband and her parents.

Private graveside services and interment will be conducted at Longview Cemetery.

In lieu of flowers, memorial contributions are suggested to the Carol Falkenrath Memorial Fund.