To share your memory on the wall of Carol Herrmann, sign in using one of the following options:

Carol was born October 1, 1933 in Wauwatosa, Wisconsin, and was quickly adopted by the most wonderful couple, Arthur and Ethel (Locke) Jensen. She spent her early childhood between Grand Rapids, Michigan and Racine, Wisconsin, when her father worked as a boat builder on Lake Michigan. By the time she was in elementary school, the family moved to the quaint town of Minocqua, Wisconsin, where Carol graduated from high school in 1951. Freshly out of high school, Carol moved to New York to work at NBC for a few years.

On May 25, 1957, she married Robert William Herrmann in Minocqua, Wisconsin, and they moved to Chicago to begin their married life. The two later moved their family to Memphis, Tennessee, for work before retiring to Mountain Home, Arkansas in 1981. Well, Bob retired. Carol began working at Redeemer Lutheran Church until she retired 25 years later. Bob preceded her in death on May 16, 1989.

In her later years, she traveled the world, including Europe, Asia, and Latin America. Her passport was never so happy for rest when she decided she had seen enough. She did not have as many fond memories of family camping trips with a trailer and station wagon when her kids were young, and often said her idea of “roughing it” was a motel without a pool.

By 2013, Carol moved to Jefferson City, Missouri, where she enjoyed sewing, quilting, and watching old movies.

She was fortunate to be adopted by the two finest people on earth and was raised as their only child. Ever curious about her birth family, at the age of 60, she discovered that she was one of 13 children born to her biological parents. She met, wrote, and spoke with nearly all of them, and they were very kind to her.

Carol was preceded in death by her parents; her loving husband of over 31 years, Bob Herrmann; her in-laws, William and Antonia Herrmann; a son-in-law, Rick Huddleston; and two brothers-in-law, Don Herrmann (Jean) and Gene Herrmann (Beverly).

A private graveside service and interment will be held at Baxter Memorial Gardens in Mountain Home, Arkansas.

To send flowers to the family or plant a tree in memory of Carol R. Herrmann, please visit our Heartfelt Sympathies Store.

There are no events scheduled. You can still show your support by sending flowers directly to the family, or planting a memorial tree in memory of Carol R. Herrmann.
Visit the Heartfelt Sympathies Store 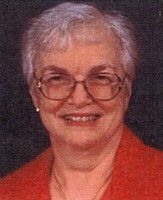 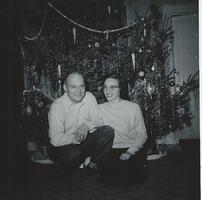 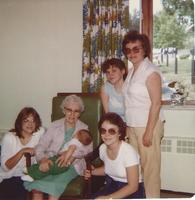