To share your memory on the wall of Carol Roark, sign in using one of the following options:

A lifelong resident of the central Missouri area, Carol was a 1961 graduate of Jefferson City High School and during her high school years she was honored as the Marcullus Queen. She later received her Bachelor’s Degree in Education and Master’s Degree in Counseling from Lincoln University.

Education was her great passion. Carol taught English at Centertown, Jamestown, Simonsen and retired as a counselor from Jefferson City High School after nearly 30 years in education. She was proud to help pioneer the At-Risk Program at Jefferson City High School to help students graduate and thrive. Even after retirement, she continued to serve JCPS, working with the Marcullus Court and tutoring children at Thomas Jefferson Middle School. During many of those years as an educator, she also worked with her husband, Don, at their real estate business.

She supported various animal care organizations, was a member of the Historic City of Jefferson and enjoyed Bible study with friends at Church of Christ, Grace Episcopal and First Baptist. Carol was an avid reader and enjoyed her involvement in two local book clubs.

Carol loved working outdoors in her garden most of all, and she spent many hours making it into a paradise. She took long antiquing trips with friends all over the Midwest, and she always enjoyed traveling to Texas, California, Florida, and Michigan to visit friends and her daughters. Lake of the Ozarks held a very special place in her heart, and she treasured memories of the good times filled with laughter and music. For many years, she and her husband ran Moniteau Traders, an antique emporium in her hometown of Jamestown, Mo.

She was preceded in death by her parents and her husband of almost 50 years, Don.

A webcast of her service will begin at 1:00 p.m. Friday for friends that are not able to attend by going to the "photos and videos" tab of this page and scrolling down to the webcasting link.

In lieu of flowers, memorial contributions are suggested to the Jefferson City Schools Foundation, P.O. Box 2195, Jefferson City, Mo. 65102 to start a scholarship in Carol’s name to help students pursuing a career in education.

To send flowers to the family or plant a tree in memory of Carol Roark, please visit our Heartfelt Sympathies Store.

The Philipp Phamily, Tracy and your family at Rent Control., and other have sent flowers to the family of Carol Roark.
Show you care by sending flowers

Posted Apr 16, 2021 at 11:53am
I worked with Carol at Jefferson City High School. She was always very compassionate and understanding. Her love for students was always visible in the work she did with them during their high school years. I will support her wishes to assist students in their pursuit of an education degree. Also, she was a role model for anyone fighting a battle with cancer. She continued her battle for many years; always with a smile. Carol will be missed. You have my deepest sympathy for your loss, but you also have wonderful, beloved memories. Eileen Scrivner
Comment Share
Share via:
JC

Posted Apr 16, 2021 at 10:21am
I met Carol through Bev Payne a few years ago. I was in the group that played Mah Jongg. We played a few times at her lovely home. She was a very special person. Beautiful inside and out. She definitely put up a good fight . Please accept my condolences to the entire family. Jolene Corneliius
Comment Share
Share via:
AC

Posted Apr 16, 2021 at 09:12am
Stasia and Andra: I will always remember your mom as a beautifully patient and kind soul. My thoughts and prayers are with your family. - Angie Cook
Comment Share
Share via:
TP

The Philipp Phamily purchased flowers for the family of Carol Roark. Send Flowers 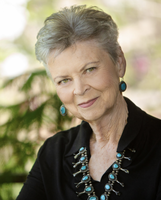 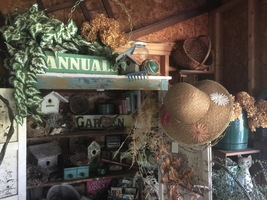 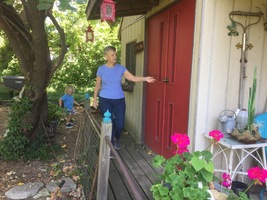 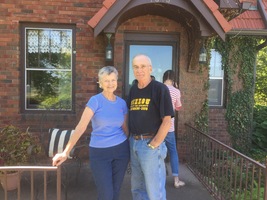