To share your memory on the wall of Cecil Holland, sign in using one of the following options:

Cecil was born on July 12, 1955 in Jefferson City, Mo., the son of George James Holland, Sr. and Patsy Ruth (Loethen) Holland. Cecil was a lifelong resident of Callaway County. He attended grade school in Holts Summit and was a 1973 graduate of Jefferson City High School.

Cecil did construction work at the Callaway County Nuclear Power Plant, the oil fields in Oklahoma, and also at the Missouri Department of Conservation.

Cecil had a passion for everything Harley Davidson, and he even won a trophy for his “chromed out” bike. Cecil wore his Harley Davidson apparel with pride. As a proud Harley owner, he became a lifetime member of the Heart of Missouri Columbia Chapter – Harley Owners Group (HOG).

Cecil enjoyed being outdoors. He especially loved hunting and fishing with his brother George. He could also be found outside riding his four-wheeler and his Harley until his vision deteriorated due to Glaucoma.

In 2015, Cecil underwent cancer surgery, chemotherapy, and radiation which necessitated placement in a nursing facility. Until COVID reared its ugly head, his family visited him every day. He loved getting out and going on day trips with the “twins,” riding around with them and listening to music. Belinda and Linda even took him to St. Charles to see Lynyrd Skynyrd in concert. When he was with Mary, he would name singers and songs for her to search on YouTube to play for him. During the past five years, Cecil continued to keep his sense of humor, and he kept up to date on weather, events, and politics.

Cecil enjoyed “reading” books on tape that were provided to him by the Wolfner Memorial Library. Most of all, Cecil loved his family dearly and they loved him. Some of his fondest memories were holidays with family and going to mom’s house for Sunday dinner.

Cecil was preceded in death by his parents; one sister, Georgia Rains; one nephew, Jeremy Holland; and three brothers-in-law, Terry Rains, Steve Asher, and Joseph Chauvin.

Visitation will be held at Freeman Mortuary from 10:00 a.m. until 11:00 a.m. Friday, October 30, 2020. The family has requested that anyone in attendance wear a protective mask.

Funeral services will be conducted at 11:00 a.m. Friday, October 30, 2020 in the Freeman Chapel. Graveside services and interment will be held at Hawthorn Memorial Gardens.

A webcast of the funeral service will begin at 10:45 a.m. on Friday for friends that are not able to attend by going to his memorial page on Freeman Mortuary’s website. Friends may mail sympathy cards to the funeral home or leave condolences online to be given to his family.

To send flowers to the family or plant a tree in memory of Cecil Thomas Holland, please visit our Heartfelt Sympathies Store.

Receive notifications about information and event scheduling for Cecil

We encourage you to share your most beloved memories of Cecil here, so that the family and other loved ones can always see it. You can upload cherished photographs, or share your favorite stories, and can even comment on those shared by others.

Posted Nov 03, 2020 at 12:11pm
To George , family and friends,
I am sorry to hear of Cecil's passing. My thoughts and prayers are with you in this time of sorrow. I grew up in Holt Summit during the 50 and 60's. My sisters and I enjoyed a lot of ball games in the lot between your house and ours. 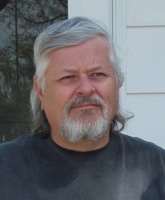 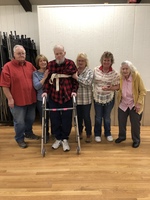