To share your memory on the wall of Celeste Holdenberg, sign in using one of the following options:

Celeste was born on January 29, 1923 in Piedras Negras, Mexico, a daughter of Marcial and Angela Vidouri (Garcia) Riojas.

On January 3, 1943 she married the love of her life Henry Holdenberg, who preceded her in death on April 19, 2006. They immigrated to the United States early in their marriage and proudly became American citizens.

Celeste was remembered by everyone who met her. She drew people in with her fascinating stories and embellished tales from her experiences, homeland, and life.

Celeste was a talented artist, and she was always willing to share both her love for great works of art, and her own beautiful paintings. She generously donated her work to The HALO Foundation every year. Celeste’s artistic “gene” was passed on to many of her children, grandchildren, and even great-grandchildren.

Most of all, Celeste was devoted to God and her family. As the matriarch of the family, she led by example, expressing her love through lively conversations, warm homemade tortillas, steaming hot coffee, an open door, and an open heart. She cherished every moment, every word, every hug. Her children called her Mami, but to everyone else in the world, she was affectionately known as Abuelita.

She was preceded in death by her parents; her loving husband of 63 years; Henry, one son, Cesar Avenir Holdenberg on October 24, 1973; and a son-in-law, David Keith, Sr.

Due to the pandemic, a private Mass of Christian Burial will be conducted at St. Martin’s Catholic Church with the Reverend Stephen Jones officiating. Graveside services and interment will be held at Hawthorn Memorial Gardens.

A recording of Celeste’s service will be posted to her memorial page on Freeman Mortuary’s website by Wednesday, June 10, 2020. Friends may mail sympathy cards to the funeral home or leave condolences online to be given to her family.

In lieu of flowers, memorial contributions are suggested to The Halo Foundation and friends can give a gift in her memory by going to www.haloworldwide.org.

To send flowers to the family or plant a tree in memory of Celeste Holdenberg, please visit our Heartfelt Sympathies Store.

Receive notifications about information and event scheduling for Celeste

We encourage you to share your most beloved memories of Celeste here, so that the family and other loved ones can always see it. You can upload cherished photographs, or share your favorite stories, and can even comment on those shared by others.

Your Capital Family sent flowers to the family of Celeste Holdenberg.
Show you care by sending flowers

Posted Jun 05, 2020 at 07:01pm
To all of Mom Celeste's family, I express my deepest condolences. I will always feel part of the family. Many weekends, in Farmington, I spent at the dining room table with Mom, Dad, Linda and family. We would sit and drink coffee until the wee hours of the morning. The last time I was in MO., Ken and I stopped over to see mom before leaving. And true to form, Mom served us her special coffee and we talked about 3 hours. I will alway cherish those family memories. Thank you to all the Holdenberg family for that. I will miss mom too. God Bless you all and give you His peace. Love to All.
Comment Share
Share via:
YF

Your Capital Family purchased flowers and planted a memorial tree for the family of Celeste Holdenberg. Send Flowers 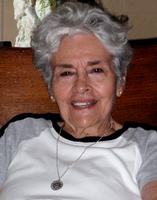