To share your memory on the wall of Charles Ament, sign in using one of the following options:

Charles was born on August 30, 1946 in Council Bluffs, Iowa, a son of Benjamin F. and Mildred A. (Knarr) Ament. In 1958 his family moved to Jefferson City, where he went on to be a part of the first graduating class of Jefferson City High School in 1963.

Charles enlisted in the United States Navy and proudly served his country from 1966-1970 on the USS Arneb and the USS Rockbridge. When he returned home, he met his lifelong love, Dianne Marie Davis and married on March 20, 1971 at Centertown Baptist Church.

After his time in the military, Charles worked hard his entire life at various positions. Charles worked at the United Telephone Company in the warehouse until they closed in 1993. Charles also worked at Lowes in the service center, from which he retired in 2012.

Charles loved to hunt and fish; his family shares that some of their fondest memories of Charles include him teaching them how to hunt and spending time fishing on the Osage River. Charles also enjoyed traveling with his wife, Dianne to Hawaii and visiting Oklahoma with family to go to Casinos. Other hobbies of Charles’s include playing bingo, pitch, rummy, and tinkering around the house. Above all else, Charles enjoyed spending time with loved ones.

Private graveside services with military honors will be held at Hawthorn Memorial Gardens on Wednesday, December 2, 2020.

In lieu of flowers, memorials are suggested to the American Diabetes Association.

To send flowers to the family or plant a tree in memory of Charles Ament, please visit our Heartfelt Sympathies Store.

Receive notifications about information and event scheduling for Charles 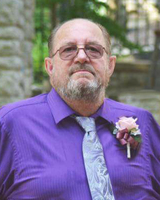