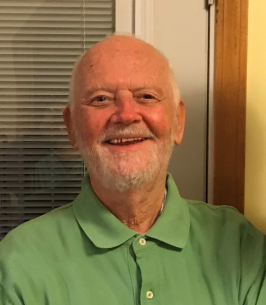 He was born on February 11, 1940, in Trenton, Missouri, the son of the late Charles Gentry and Helen Elizabeth (Mapel) Bryan. In 1943, Buddy moved with his family to Clarksdale, where his parents had purchased a hatchery and produce business. His father passed away in 1947. In 1951, Buddy and his family returned to Trenton and then moved to Jefferson City in 1956.

Buddy was an Eagle Scout and served as Scout Master with troops in France and many in the U.S. He was a 1958 graduate of Jefferson City High School and received a Bachelor of Science degree from Lincoln University in 1964, majoring in Journalism.

He was a reporter for the Lincoln newspaper, started a weekly radio report on University activities, was a photographer for the yearbook, and started the Alpha Phi Omega fraternity and a monthly television program for Boy Scouts in Central Missouri. While attending Lincoln University, Buddy worked for Vital Records, Missouri Department of Health.

Buddy received his commission as 2nd Lt., U.S. Army, at Lincoln University. He served two years in France and was Commander of the U.S. Army Medical Depot in Croix Chapeau. In 1965 on the 21st anniversary of D-Day, Buddy served as the sole U.S. representative during the reenactment of D-Day standing on Normandy beach welcoming the British boats along with the French Generals and British Admirals.

He returned to the U.S. and served as executive officer of the 12th Field Hospital in Ft. Leonard Wood, Missouri. He volunteered and served in Vietnam as Captain at the 8th Field Hospital. He received an honorable discharge on September 4, 1967. Upon his return from Vietnam, Buddy moved to Chicago and worked for National Data Corporation while attending the University of Chicago earning an MBA in 1972.

Buddy moved to Kansas City in 1973 and was a teacher in public and catholic schools, including Martin Luther King, Jr., High School, Archbishop O’Hara High School, Curé of Ars Catholic Elementary, and Marlborough Elementary. He also taught one summer at Wentworth Military Academy in Lexington and taught computer classes in several teacher seminars sponsored by different universities. He served as a foster parent and participated in the Foreign Exchange Student Program hosting students from Brazil and Germany. He earned an amateur radio license and sponsored an amateur radio club for students.

He took an early retirement from the Kansas City Public School District in 2000 and traveled to Europe to teach for the next eight years at the International School of Bergen in Bergen, Norway; Taegu American School and Seoul American Elementary School, both in South Korea and last taught at Sigonella Elementary School at the Naval Air Station in Sicily, Italy. During those summer breaks, he traveled most of eastern and western Europe, Asia, Australia, and Hawaii.

Buddy retired from teaching abroad and moved back to the States in 2008, settling in New Braunfels, Texas. In 2020, he moved back to Jefferson City to be near family.

He was a member of the First Christian Church in Trenton and Jefferson City, and the First Protestant Church in New Braunfels, Texas. He was also active in the New Braunfels Lions Club. He received certification in Disaster Assessment Training with the American Red Cross.

Buddy loved teaching children of all ages and always enjoyed visiting with his nieces and nephews and the children in the neighborhoods wherever he lived. He also had quite a sense of humor. As a youngster, he took accordion and tap dance lessons and performed at recitals. He was a paper boy as well as a pinsetter at a bowling alley. He loved canoeing, sailboating, kayaking, and anything else on the water. He canoed on the Mississippi River and much of the Missouri River. He once took his paddle boat down the Missouri River from Kansas City to Jefferson City, camping overnight on the way. To say his mother was extremely worried is an understatement.

A memorial service and interment will be held in the Spring at Resthaven Cemetery, Trenton, Missouri.

Expressions of sympathy may be made in memory of Charles Bryan to the St. Martin Catholic Education Foundation or the Tunnel to Towers Foundation.