To share your memory on the wall of Charles Johnson, sign in using one of the following options:

Provide comfort for the family of Charles Johnson with a meaningful gesture of sympathy.

Charlie graduated from Smith Cotton High School in 1944. He served his country in the United States Army from 1955 to 1957. Charlie worked with the Missouri Department of Transportation for 43 years retiring as a statistician and planning supervisor in 1988.

He was a member of the First Presbyterian Church, Elks Lodge #513, the American Legion Roscoe Enloe Post 5 and The Jefferson City, MO Official Coffee Group whose slogan is “Do not bring it up if you know anything about it.”

Charlie had a passion for automobiles, always studying and researching them. He loved to help people find their perfect car. Anytime he got a new car, you could be sure it would be well photographed. He will always be known for taking meticulous care of his vehicles. People would line up for a “Charlie Johnson trade-in”. Charlie also enjoyed the casino and going to Las Vegas and Boonville with friends, coin collecting and was a long-time Friday afternoon card player. Every weekday morning, he could be found at McDonalds having coffee with his morning group and hoping to win the money.

He was preceded in death by his parents, his loving wife of 65 years, Eileen Johnson; son, Michael Johnson; sister, Mildred Swackhamer; and niece, Kathy Potter.

In lieu of flowers, memorials may be given to Hospice Compassus.

Jim and Nancy Miluski sent flowers to the family of Charles Johnson.
Show you care by sending flowers

Posted Nov 18, 2019 at 10:43am
Crissy,
I just read about your fathers passing. We are so sorry for your loss. Please know that Annette and I have you and your family in our thoughts and prayers. David & Annette Wallace
Comment Share
Share via:
JM 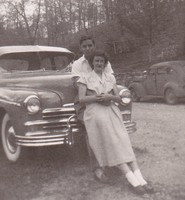 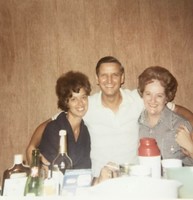 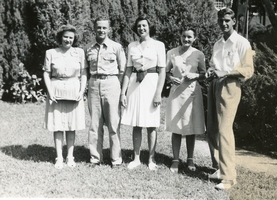