To share your memory on the wall of Charles Palmer, sign in using one of the following options:

Print
Charles Franklin Palmer "Charlie" (or his high school nickname Stootz) passed away on Sunday, November 24, 2019 at Capital Region Medical Center, he was 95.

Charlie was born on September 2, 1924, in Plainfield, New Jersey, a son of the... Read More
Charles Franklin Palmer "Charlie" (or his high school nickname Stootz) passed away on Sunday, November 24, 2019 at Capital Region Medical Center, he was 95.

Charlie was born on September 2, 1924, in Plainfield, New Jersey, a son of the late Charles and Josephine (Young) Palmer. His early years were spent in and around New Jersey and Long Island, where his beloved sister Irene, orchestrated and conducted his early and teen years. He graduated from Scotch Plains High School in June, 1942.

Charlie enlisted in the Army Air Corps on his 18th birthday, 1942. After completing a year in flight training, he graduated as a pilot and joined several advanced flight training locations in several different states and airplanes. He was assigned to the Troop Carrier Command in C-47 air craft and transferred to the European War, the Pathfinder Group, in England and then France. This assignment involved ferrying supplies to General Patton, personnel, including wounded soldiers, radar training and assorted other duties, including the final airborne trooper assault, Varsity, near Wesel Germany, in April 1945. At wars end, he flew back to the United States and was subsequently discharged in December, 1945.

Civilian life began at Rutgers University with his earning a BS in Business and the start of his business career with the Lambert Company from Sales Trainee to District Manager. He was married and worked a short time in the family automobile business, then Plax Company/Monsanto and a final assignment in Sales and Management Training with the latter Monsanto, in St Louis. His final assignment was with the Seven Up Company as Department Manager of Training and Development, until this unit was eliminated with the sale of the company to Philip Morris. Charlie was married on September 27, 1978 in Kirkwood, MO to Rose Mary (Diekroeger) Dallmeyer and the couple later moved to Jefferson City in 2001.

Charlie then began his next career as a volunteer with the Lewis and Clark Task Force, from "hands man" to Chairman for eight plus years, then adding an additional volunteer assignment with Archives Division, under the Missouri Secretary of State. He was recognized as Volunteer of the Year in 2018 after a stint of around seven years. Age then caused him to retire for the final time in early 2019.

He was a member of the First Presbyterian Church, the American Legion, Chairman of the Lewis and Clark Bicentennial Task Force, Jefferson City Parks and Recreation Foundation and Board of Directors, Capital Region Medical Center Board of Governors, Docent of Missouri State Archives, and Past President of St. Louis Chapter of American Society for Training and Development.

He was preceded in death by: his parents; sister, Irene Canonico and in-laws, Judy Wolter and Harvey Diekroeger.

In lieu of flowers, memorials will be given to Central Missouri Honor Flight or Capital Region Medical Foundation.

At Charlie’s direction, his body has been donated to the University of Missouri Medical School for educational and research purposes.

To send flowers to the family or plant a tree in memory of Charles Palmer, please visit our Heartfelt Sympathies Store.

Posted Nov 27, 2019 at 12:02pm
All my thoughts are with Roses and her family. Condolences as well, because we will forever miss Charlie. He was a gentle & humble man that walked in kindness daily. I love you Dad. 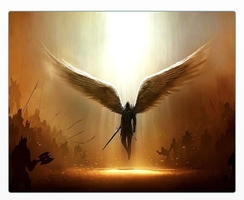