To share your memory on the wall of Chuck Westin, sign in using one of the following options:

Chuck was a 1948 graduate of Fowlerville High School in Fowlerville, MI. He went on to graduate from Capital University of Columbus, OH in 1952.

He bravely served in the United States Army during the Korean War and was stationed in Thule, Greenland for 13 months. When Chuck returned to civilian life, he taught high school in Ada, Oh. He then worked for 32 years at General Motors Corporation in various facilities around the Detroit area, finishing his career in the Central Office/Human Resources Department until his retirement.

Chuck had a life-long love for music, beginning with piano lessons at an early age. He was most proficient playing the piano and the trumpet, but he played many other instruments as well. Chuck was an accomplished singer and choir director at several different churches during his lifetime. He also shared his considerable solo singing talents at innumerable weddings and special events. Chuck was a great home-handyman, and he could fix just about anything. Most of all, Chuck cherished his family, especially gatherings with his children and grandchildren.

Chuck was preceded in death by his loving wife and parents.

Visitation will be held next Saturday, April 3, 2021 from 10:00 until 11:00 am at Freeman Mortuary. Memorial services will follow at 11:00 am in the Freeman Chapel with Chaplain Jim Mueller officiating. Everyone is welcome to attend the services while following social distancing guidelines.

Interment will take place in the St. George Lutheran Cemetery in Brighton, Mi. at a later date.

A webcast of the service will begin at 11:00 am for friends and family that are not able to attend by going to his memorial page on Freeman Mortuary’s website and clicking the "photos and videos" tab. Friends may mail sympathy cards to the funeral home or leave condolences online to be given to his family.

To send flowers to the family or plant a tree in memory of Chuck Westin, please visit our Heartfelt Sympathies Store.

Receive notifications about information and event scheduling for Chuck

We encourage you to share your most beloved memories of Chuck here, so that the family and other loved ones can always see it. You can upload cherished photographs, or share your favorite stories, and can even comment on those shared by others.

Posted Apr 02, 2021 at 09:56pm
For my friend Chuck, who was such a blessing to so many with whom he shared his optimistic outlook.

Mary Ann Stange purchased the The FTD Faithful Blessings Bouquet and planted a memorial tree for the family of Chuck Westin. Send Flowers

Posted Mar 31, 2021 at 09:00am
Mr. Westin was a role model for me when I was a co-op student in HR at Chevrolet Warren in the early 1970s. Always impeccably dressed and unfailingly kind to me, he was the consummate gentleman. I ended up spending over 30 years in HR in the auto industry and Mr. Westin was one of my earliest mentors. Thank you, sir, and may you Rest In Peace.
Comment Share
Share via:
BW

Thank you for sharing your memories. So nice to hear. Gratefully, The Westin family
JP

Posted Mar 30, 2021 at 05:55pm
We have so many great memories of times with Uncke Chuck and Aunt Joie. Glad they are now reunited but we will miss him. Love, Jan and Michael Paulus
Comment Share
Share via: 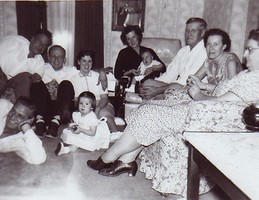 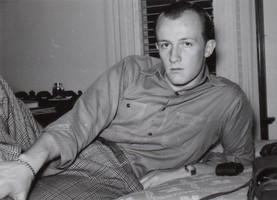