To share your memory on the wall of Clarence Watt, sign in using one of the following options:

Print
Clarence Allen “Bus” Watt, age 89, passed away peacefully with his family by his side on Saturday, August 8, 2020 at his home.

He was born on October 11, 1930 in Jefferson City, Mo., the son of C.A. “Buck” Watt and Clara Lee (McClure) Watt. He was married on August 18, 1957 at the First Presbyterian Church in Jefferson City to Mary Louise Darling who survives at the home.

A lifelong resident of the Jefferson City area, Bus was a 1948 graduate of Jefferson City High School. After attending Jefferson City Jr. College for two years, Bus enlisted in the U.S. Navy during the Korean War. He spent his military career stationed in Tennessee, California, and Japan. In California, his naval role was in the early study of missiles. He then went on to Japan where he was responsible for the weight and balance of cargo for air travel.

After returning home from his Naval duties, he attended the University of Missouri where he obtained a Bachelor’s degree in Education and a minor in Athletic Coaching. After teaching for a short term at Simonsen, he accepted a position at Jefferson City High School, where he remained teaching Contemporary Issues & American History for over 36 years. He ended his teaching career spending his final two years at Simonsen, the same as where it began. Bus was a prominent member of the National Education Association.

Through his many years of teaching, he acquired lasting friendships with his fellow teachers and students. His love of teaching, JC Jays sporting events and Cardinal Baseball introduced him to two people that became brothers to him; Pete Adkins and Bill Smith. They spent their days hunting quail and pheasants together both locally and across the state for 55 years. Bus enjoyed collecting double barrel shotguns, which he classified as a definite need along with the many beautiful hunting dogs he cherished deeply.

Bus was firm in his beliefs and was very engaged in government and politics. He enjoyed staying healthy in mind and body and did so by consistently reading and learning as well as remaining active. Bus was an avid gardener and always kept his flower beds and other landscaping in beautiful shape. He had a faithful passion for conserving the environment and taking care of all that is in it. He was a proud member of the Nature Conservancy and spent many years working alongside the Department of Conservation to make the land at his hobby farm the best it could be for wildlife.

When Bus lost his beloved brother Dale too young, he pursued their dream of owning a farm together one day. The property on Hidden Dale quickly became a paradise for his wife, daughter, grandchildren and their many loved ones.

He will be remembered for living life “his way” which meant acting with integrity, patience and loyalty, along with being a great listener and keeping a positive mindset. Most importantly, he strived every day to be the best husband, dad and papa ever, in which his family would say he over succeeded.

Survivors include: his loving wife of 63 years; his daughter, Lisa Marie Gill (husband, Donald) of Jefferson City, Mo.; his grandchildren, Emily Kate Kolb of St. Louis, Mo., Olivia Grace Kolb of Jefferson City, Mo., and Ethan Dale Kolb of Columbia, Mo.; and many loving family, friends, and students who will miss him dearly.

He was preceded in death by his parents; his beloved grandmother; and his brother, Dale G. Watt.

A private memorial service will be conducted on Friday, August 14, 2020 in the Freeman Chapel with the Reverend Dr. David Henry officiating.

A webcast of the funeral service will begin at 10:45 A.M. for family and friends to view by going to the “photos and videos” tab on this page and scrolling down to the webcasting link. Friends may mail sympathy cards to the funeral home to be given to his family.

In lieu of flowers, memorial contributions are suggested to the Salvation Army, First Presbyterian Church or The Nature Conservancy.

To send flowers to the family or plant a tree in memory of Clarence A. "Bus" Watt, please visit our Heartfelt Sympathies Store.

Receive notifications about information and event scheduling for Clarence

There are no events scheduled. You can still show your support by sending flowers directly to the family, or planting a memorial tree in memory of Clarence A. "Bus" Watt.
Visit the Heartfelt Sympathies Store

We encourage you to share your most beloved memories of Clarence here, so that the family and other loved ones can always see it. You can upload cherished photographs, or share your favorite stories, and can even comment on those shared by others.

Tisha Pitzer sent flowers to the family of Clarence A. "Bus" Watt.
Show you care by sending flowers

Posted Aug 22, 2020 at 06:57pm
Our sincere condolences upon your loss. We have fond memories of seeing three generations of your wonderful family in church on Sunday mornings, usually the last to leave as you would visit with others at the back of the Sanctuary after the service. We pray that God will give you comfort and peace in this time of mourning and joy in all your precious memories. May the peace of God, which passes all understanding, keep your hearts and minds in Christ Jesus. (Philippians 4:7)

Posted Aug 21, 2020 at 01:16pm
Jeff. City has lost one of its finest sons, who touched countless lives at a critical time in their education. I regret not having kept in contact with him and his family, even after visiting them at their home a couple of times after graduation. But those were turbulent times, personally as well as nationally and so many of my generation fell from grace with the better angels of America. Four days after he passed I mentioned Mr.Watt to my brother Kevin who was also taught by him. I had not thought of him in a long time. Soon thereafter I read of his passing. I do not think it was coincidence.

Posted Aug 14, 2020 at 11:41am
Mr. Watt was my History teacher in 8th grade at Simonsen. He was a great teacher who brought out the best in his students. Mr. Watt created an atmosphere that challenged you and also made you feel comfortable in his class. He also gave our family a couple great English Setter bird dogs that gave us a lot of joy and memories!
Comment Share
Share via:
CA

Posted Aug 14, 2020 at 11:37am
Mr. Watt was the best teacher I had throughout my educational career including work through my higher education at the University of Missouri. Our two sons also considered Mr. Watt to be their favorite teacher. I cherish the memories of the two dogs Mr. Watt gave me, "Bus" and Luke. Some of my best memories of Mr. Watt are of our political discussions which we had throughout the years, even up until recently. Sincerely, Arthur and Carole Allen
Comment Share
Share via:
KG

Posted Aug 13, 2020 at 08:40pm
I remember having Mr. Watt for current events at JC. He was one of my favorite teachers. He made studying history interesting. After Steve and I got married we would go visit Bus and Mary Louise. They would talk hunting and bird dogs and guns. Later when Bus bought the farm he called Steve and asked if he would like to deer hunt on his farm. Steve and our sons hunted there for 20 years. Both our sons killed their biggest deer there. Many happy memories were made there. Love and prayers to the family.
Comment Share
Share via: 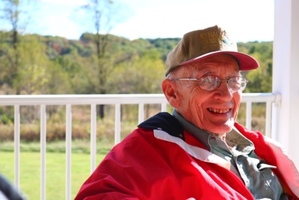 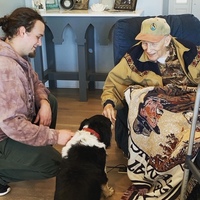 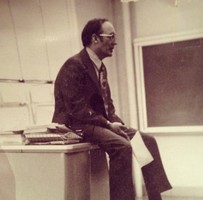