To share your memory on the wall of Claude Nichols, sign in using one of the following options:

Provide comfort for the family of Claude Nichols with a meaningful gesture of sympathy.

Growing up on a farm in Grundy County, Claude developed an amazing work ethic at an early age. He was tasked with breaking in and training their horses. He even rode one to school which is why he considered himself a lifelong cowboy. Claude graduated from Humphrey High School, near Trenton, Mo., in 1951.

After high school he served in the United States Army during the Korean War as a Corporal. During his time in the service, he was stationed in Germany. Upon returning to Missouri, Claude used his G.I. Bill to further his education and earn an associate’s degree as a mechanic.

Claude was employed as a steel worker for the Union Wire and Rope Plant in Kansas City, Mo. for over 40 years. He was a longtime member of the United Steel Workers Local 348 in Kansas City, Mo. During his retirement, he learned woodworking to help hand craft furniture for Bitter Sweet Creations for several years.

More than anything, he will be remembered as a loving family man. Some of his fondest memories were traveling state-to-state with his wife in their camper and being outdoors with family. He would never turn down a fishing or hunting trip, especially the annual deer hunting trip on the family farm in northern Missouri. He had a generous heart and was always willing to help others with their problems and never expected help in return.

Claude was preceded in death by his parents; brother, Clyde Nichols, Jr.; and son-in-law, Jim Switzer.

A memorial service will be conducted at 11:00 a.m. Saturday, October 19, 2019 in the Freeman Chapel with the Reverend David Hartsfield officiating. Military honors will follow his memorial service.

Private graveside services and interment will be held at Roscoe Cemetery in Roscoe, Mo.

In lieu of flowers, memorial contributions are suggested to the American Heart Association.

We encourage you to share your most beloved memories of Claude here, so that the family and other loved ones can always see it. You can upload cherished photographs, or share your favorite stories, and can even comment on those shared by others.

Posted Oct 18, 2019 at 08:52am
To the entire Nichols family: Please accept our deepest heartfelt sympathy for Claude's passing. May he rest in God's loving arms forever. America thanks him for his brave service during the Korean War while serving with the U.S. Army. God Bless Us All.
Comment Share
Share via: 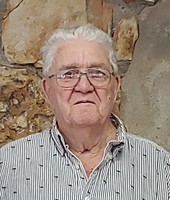 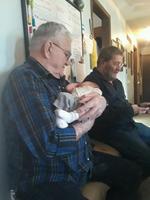 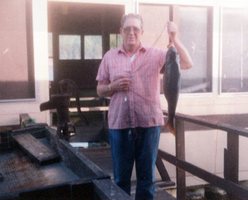 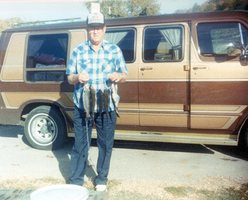