To share your memory on the wall of Claudia Walz, sign in using one of the following options:

Print
Mrs. Claudia Ann Walz, 85, of Jefferson City, Mo. passed away from complications due to Covid-19 on Sunday, November 29, 2020 at Heisinger Bluffs surrounded by her family.

Claudia was born on July 16, 1935 in Jefferson City, Mo. the daug... Read More
Mrs. Claudia Ann Walz, 85, of Jefferson City, Mo. passed away from complications due to Covid-19 on Sunday, November 29, 2020 at Heisinger Bluffs surrounded by her family.

Until her retirement in 1997, Claudia had been a long-time legislative assistant at the Missouri State Capitol. Throughout the years, she supported her husband, Bob, with his family business, Milo H. Walz, Inc. Every year she, along with other family members, helped with the chaotic semi-annual drapery sale.

She was a member of First United Methodist Church. While her kids were growing up, she was active in several PTA’s and served as assistant Girl Scout and Cub Scout leaders.

Claudia was an avid reader and her kids knew that if Mom had her “nose in a book” then any questions they asked her would more than likely get a positive response. She loved mysteries, romances and especially histories. Her love of history and reading led to her passion with genealogy. She spent years researching both her maternal and paternal sides of her family. The notebooks she put together for her children included pictures and stories of ancestors from centuries ago. She wanted to find out not just who they were but why they moved to different areas of the country. She was a wonderful story-teller and had many interesting stories about her ancestors to tell her kids and grandkids.

Her grandchildren fondly remember going to the movies with Granny. They would load up on things to eat and drink then find the perfect seat. Once seated, Granny would soon fall asleep while the grandkids enjoyed the movie. If they weren’t able to go to the movie theater it wasn’t a problem because Granny had the biggest and best collection of VHS tapes and DVD movies at her home. The best part of being at her house was that she never paid attention to the parental age rating of the movie so they might watch “Meet Me in St. Louis” and then start watching “Rambo”. After her stroke in 2016 and moving into Heisinger Bluffs Care Center, the staff and residents thoroughly enjoyed her large collection of movies. Until the shut-down due to Covid-19, there was always a group of residents coming into her room to see which movie she was watching that day.

Claudia’s family was always the focus of her love, care and concern and they will miss her dearly.

She was preceded in death by her parents; her husband of 43 years, Bob; a sister, Sharon Kennedy; and a brother, Michael Daly.

Due to the pandemic, a private funeral service will be conducted on Friday, December 4, 2020 in the Freeman Chapel with the Reverend Trevor Dancer officiating. Private graveside services and interment will be held at Riverview Cemetery.

A webcast of her service will begin at 11:00 a.m. Friday for extended family and friends that are not able to attend by going to the "photos and videos" tab of this memorial page and scrolling down to the webcasting link. Friends may mail sympathy cards to the funeral home or leave condolences online to be given to her family.

To send flowers to the family or plant a tree in memory of Claudia A. Walz, please visit our Heartfelt Sympathies Store.

Receive notifications about information and event scheduling for Claudia

We encourage you to share your most beloved memories of Claudia here, so that the family and other loved ones can always see it. You can upload cherished photographs, or share your favorite stories, and can even comment on those shared by others.

Julie Bishop-Cross sent flowers to the family of Claudia A. Walz.
Show you care by sending flowers

Posted Nov 30, 2020 at 11:27pm
Our deepest sympathies are with you all but we are also so thankful for having shared in Claudia's life. With greatest love, David, Don, and Doug.

3 trees were planted in the memory of Claudia Walz

Posted Dec 05, 2020 at 02:18pm
Amy,
margie and I were saddened to hear of the loss of your mother. Our thoughts and prayers are with you and your family during this time.
Curt and margie Thompson
Comment Share
Share via:

Posted Dec 05, 2020 at 08:22am
Our hearts were overwhelmed with sadness when we learned of Claudia's passing. Claudia brightened Mom's days at Heisinger's. She captured our hearts with her kindness, genuine love for others, soft sweet words . We are so thankful for the short time Claudia was in our lives. She was a beautiful soul.
Joyce Wilson & Jane Patten
Family of Ruth Schaefer 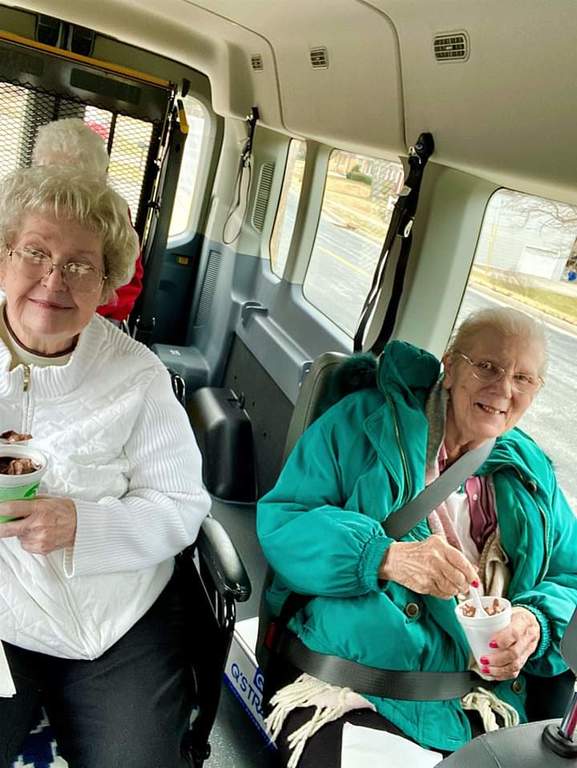 Posted Dec 04, 2020 at 01:06pm
Beautiful service wish we could be there to support you all, Claudia was a beautiful and special person and will be missed. My deepest sympathies to you all, Karen Walz Brittain
Comment Share
Share via: 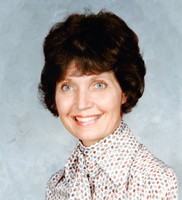 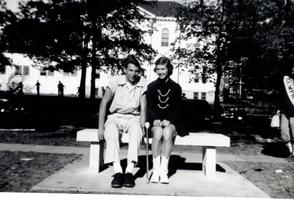 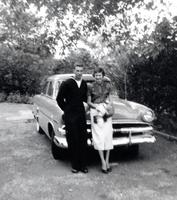 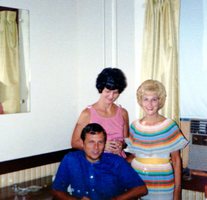