To share your memory on the wall of Cole Epple, sign in using one of the following options:

A lifelong resident of the Central Missouri area, Cole attended Immaculate Conception School where his foundation of strong faith and Christian values began. He was a 2011 graduate of Jefferson City High School where he was a solid student, played soccer, and medaled in the State Championship for wrestling his first year. After graduation, Cole attended Linn State Technical College where he graduated with his degree in Telecommunication.

Cole was employed with Socket Internet in Columbia, Mo., where he installed fiber optics all throughout Central Missouri. He was close with his coworkers and would always go out of his way to help anyone in need.

Cole had a passion for music and spent a lot of his free time searching for new bands to listen to and refining his record collection. He recently became part of a punk band as the lead singer. He was able to express himself through music, and he even began creating and writing his own lyrics. Cole was adventurous and liked traveling to different skate spots and music festivals, one of his favorite being in Philadelphia. He’s traveled to countless places and in October, he hiked to the top of Quandary Peak in Breckenridge, Colorado with his brother Jesse, who he thought of as a best friend. He had a love for the outdoors. Some of his favorite memories were going deer and turkey hunting with his dad. In September, he participated in his first bow hunt, where he got his first deer on the first day. “One and done” was what he said about his hunt that weekend. Cole also enjoyed going trout fishing in Bennett Springs. When he wasn’t hunting or fishing, he was riding his skateboard with Jesse and their close-knit group of friends. With all of the adventures and journeys he took, he never failed to document and take pictures and videos the whole way. Cole also had a love for horror and western films and anime. He could always give plenty of recommendations for movies, television shows, and YouTube videos along with telling you the backstory and fun facts about each. Cole and Jesse lived together in Columbia and bonded over just about everything, including their love of movie nights, barbecues with their friends, Skate 3, and giant bowls of ice cream.

Cole was a friend to many and loved by everyone who met him. He had a great sense of humor, was happy-go-lucky, and a free spirit who never minded marching to the beat of his own drum. Daily, he showed strength, determination, and a love for life. Cole will be most remembered for his beautiful smile, heart of gold, charismatic personality, impeccable style, and striking blue eyes, as well as his unmatched patience and care for the friends and family he was surrounded by. He will be greatly missed by many.

Mass of Christian Burial will be conducted at 10:00 a.m. Saturday, February 20, 2021 at Immaculate Conception Church with the Reverend Don Antweiler officiating. Graveside services and entombment will be held at the Mausoleum of Hawthorn Memorial Gardens.

A webcast of Cole’s service will be available at 10:00 a.m. Saturday for friends that are not able to attend by going to the "photos and videos" tab of this page and scrolling down to the webcasting link.

To send flowers to the family or plant a tree in memory of Cole Joseph Epple, please visit our Heartfelt Sympathies Store.

Receive notifications about information and event scheduling for Cole

We encourage you to share your most beloved memories of Cole here, so that the family and other loved ones can always see it. You can upload cherished photographs, or share your favorite stories, and can even comment on those shared by others.

Rich Robertson, Socket Splicing Crew, and other have sent flowers to the family of Cole Joseph Epple.
Show you care by sending flowers

Posted Feb 22, 2021 at 05:31pm
Kenny and Family, again I'm very sorry to hear about the loss of your son Cole. I will keep you and the family in my thoughts and prayers during this most difficult time. God Bless.
Comment Share
Share via:
MB

Posted Feb 20, 2021 at 12:21pm
Darla and the entire family. So sorry for your loss. Our thoughts and prayers are with you all during this difficult time.
David & LeAnn Meyer
Comment Share
Share via:
MW

Posted Feb 20, 2021 at 09:00am
Cole used to sneak out to come hang out in my dad's basement when we were in middle school. The adrenaline highof breaking the rules was something we both found so fun at the time. The best part is all we ever did was eat chocolate chip mini muffins and quietly laugh at things we found on the internet. We remained distant friends beyond that time, and I was always happy to see him when I did. He was one of a kind; simultaneously so relatable and down to earth while also so unique that he was impossible to forget. I am so saddened to hear of his passing. I hope that everyone missing him will find ways to see how his life and his spirit continue to touch them even though he's physically no longer with us.
Comment Share
Share via:
AV

Posted Feb 20, 2021 at 08:19am
Much love to Jesse and his family. Cole was such a caring & loving person. He was no one other than himself and he will be missed by so many.
Comment Share
Share via: 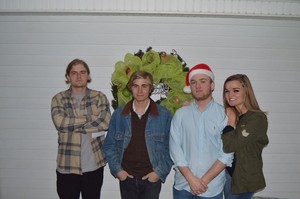 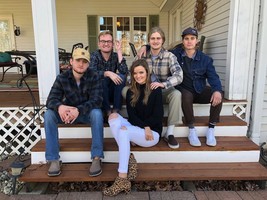 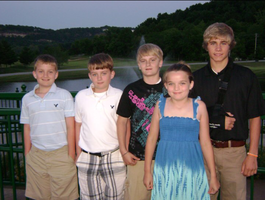