To share your memory on the wall of Connie Maness, sign in using one of the following options:

She was born on October 5, 1946 in Fulton, Missouri, the daughter of Novie and Edna Salmons. She was married to Henry E.... Read More
Connie Lane Maness, age 73, of Jefferson City, Missouri passed away Tuesday, January 21, 2020 surrounded by family.

She was born on October 5, 1946 in Fulton, Missouri, the daughter of Novie and Edna Salmons. She was married to Henry E. Maness Jr. “Sonny” on December 10, 1977 in McGirk, Missouri, who survives. She was previously married to Richard M. Hunolt, with whom she had two children.

Connie was a graduate of Fulton High School and later went on to earn her degree in nursing from Lincoln University in 1990.

Throughout her adult life, Connie held several positions with the Fulton Police Department, Missouri State Highway Patrol and the City of Columbia. In 2002, Connie retired from the Fulton State Hospital where she worked as a Registered Nurse for over ten years.

Connie was a member of Beta Sigma Phi, and she and Sonny were involved in various clubs, organizations as well as camping clubs.

Connie was strong-willed with a keen sense of humor. She was a great cook and loved entertaining and preparing large meals for family and friends. She also enjoyed spending time with her children and grandchildren. She expressed her creativity through sewing, quilting, knitting, tole painting, singing in church choirs and making floral arrangements. She loved crafts of all kinds. Connie also loved square dancing, trout fishing at Bennett Springs, trips to Meramec State Park and traveling with her camper. After enjoying 13 years of retirement in the Tampa, Florida area, she and Sonny returned to the central Missouri area in 2015.

She was preceded in death by her parents, Novie and Edna Salmons, her sister Kay Brandt and her daughter Connie Jo Maness.

A memorial service will be conducted at 3:00 pm Saturday, February 1, 2020 at Concord Baptist Church with the Reverend Dr. Monte Shinkle officiating.

In lieu of flowers, memorial contributions are suggested to the Missouri League of Nursing.

To send flowers to the family or plant a tree in memory of Connie Lane Maness, please visit our Heartfelt Sympathies Store.

We encourage you to share your most beloved memories of Connie here, so that the family and other loved ones can always see it. You can upload cherished photographs, or share your favorite stories, and can even comment on those shared by others.

Love, Uncle Bruce and Aunt Renee purchased the The FTD Comfort Planter and planted a memorial tree for the family of Connie Maness. Send Flowers

Posted Jan 25, 2020 at 09:01am
Grandma was a very special woman and will be greatly missed. We love you all. Please know you all are in our thoughts and prayers. 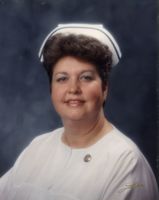