To share your memory on the wall of Coralyn Halsey, sign in using one of the following options:

Coralyn was born October 31, 1932 in Prairie View College, Texas, the daughter of Israel and Hallie (Atkison) Collier. She was married on June 12, 1954 at Immaculate Conception Church in Jefferson City, Mo. to Hobart Randolph “Randy” Halsey, who survives.

A lifelong resident of the central Missouri area, Coralyn graduated from high school and went on to earn her Bachelor of Science in Elementary Education from Lincoln University in 1954.

She began her teaching career in the Jefferson City Parochial Schools before joining the Jefferson City School District, where she served for nearly 30 years until her retirement in 1992. During her career as an educator, Coralyn taught Language Arts at Southwest, Moreau Heights and Belair Elementary schools. Coralyn was a champion for students in and out of the classroom. She was an active, positive role model for many young people as well as an advocate for education.

Her knowledge and experience won her recognition and accolades from many organizations: Who’s Who Among Students in America Universities and Colleges (1954), Outstanding Young Woman of America (1967), Personalities of the West and Midwest (1968) and Who’s Who Among American Teachers (1992). She was honored to be inducted into the Jefferson City Public Schools Hall of Fame in 2011 as an “Outstanding Retired Educator”.

She possessed a strong faith and was a lifelong member of Immaculate Conception Church.

Coralyn was passionate about serving the community and cherished the many relationships she made through her involvement. She was 59-year member of Alpha Kappa Alpha Sorority, member of the Daughters of Isabella, the Jefferson City Chamber of Commerce, Delta Kappa Kamma, the NAACP and helped with the Martin Luther King Scholarship. She served on governing boards with the Community Center Child Development Organization (1965-1972), the Community Park Village (1969-1973), Reserve Officers Training Board (1975-1984), Jefferson City Library Review Board (1987), March of Dimes (1989-1992), the Cole County Mental Health Board (1992) and helped with the Christian Community Service from Quinn Chapel AME Church (1976). From her involvement in the community, she was listed on the National Register of Prominent Americans (1983) and received the Lincoln University Golden Sons and Daughters Award (1995).

In her free time, Coralyn enjoyed traveling on cruises with Randy and friends, completing word searches and was an avid reader. Coralyn’s passion for reading was passed down to her daughters and granddaughters by way of trips to the public library and bookstores. She also enjoyed taking long walks and being in nature. She loved family time and quality time always revolved around family meals. Coralyn’s favorite pastime included baking cakes and collecting recipes for her loved ones. She instilled in her family the importance of education, respecting others and the gift of appropriate etiquette.

Coralyn took every opportunity to help those less fortunate. She will be remembered for being tough with her standards but extremely fair. She expected a lot of those around her but gave more than she expected of others.

Visitation will be held at Immaculate Conception Church from 10:00 a.m. until 11:30 a.m. Monday, February 1, 2021. The general public is welcome to attend the visitation and the family has requested anyone in attendance to wear a protective mask while following social distancing guidelines.

Mass of Christian Burial will be conducted at 11:30 a.m. Monday, February 1, 2021 at Immaculate Conception Church with the Reverend Don Antweiler officiating. Graveside service and entombment will be held at the Mausoleum of Resurrection Cemetery.

To send flowers to the family or plant a tree in memory of Coralyn J. Halsey, please visit our Heartfelt Sympathies Store.

Receive notifications about information and event scheduling for Coralyn

We encourage you to share your most beloved memories of Coralyn here, so that the family and other loved ones can always see it. You can upload cherished photographs, or share your favorite stories, and can even comment on those shared by others.

Posted Feb 06, 2021 at 12:13am
To Robyn and the Halsey family, please accept my deepest sympathy on the passing of your beloved Mother, wife and grandmother. Always so hard to lose such a special family member. Seeing this reminded me of my teenage years working with Robyn at the Secretary of State’s Office. I just wanted her to know I remembered her and her family and the good times we shared during those summers. I will remember you, your Mother and your whole family in my thoughts and prayers. PS I think of you every time we have Gates Bar B Que in Kansas City!
Comment Share
Share via:

Posted Jan 31, 2021 at 09:27pm
My family moved to Jefferson City in 1968. Robyn and I became very good friends. Mrs. Halsey had a beautiful smile and was one of the most gracious women I have ever known. Your family has our family's deepest condolences. Robin Coates Brandon
Comment Share
Share via: 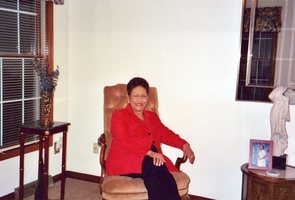 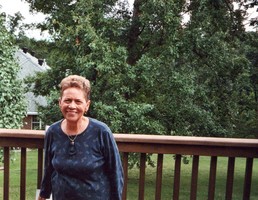 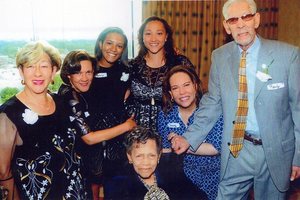