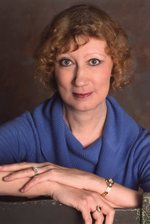 Cynthia Marie Collins, age 62 years, of Jefferson City, passed away Thursday, March 14, 2019, at Capital Region Medical Center with her mother and aunt by her side.

She was born on September 14, 1956 at St. Mary’s Hospital in Jefferson City, Mo. the daughter of Joseph P., Jr. and Wilma (Klein) Collins.

Cindy attended South Elementary School and was a 1974 graduate of Jefferson City High School. She went on to earn her Bachelor’s Degree in Spanish with a minor in Music Theory from Drury College in Springfield, Mo in 1978.

With her love of music, Cindy was employed with different positions in New York from 1979 to 2007. She worked at Carnegie Hall, American Society of Composers, Authors, and Publishers, Zomba Music Company, the Snug Harbor and the South Street Seaport. When she moved back to Jefferson City to help be a caregiver for her father, Cindy became a tour guide at the Missouri State Capitol Building.

Always interested in music, she began studying piano at the age of five with Dr. Thomasina Greene. In her later years, she had the opportunity to spend two summers in Aspen, Colorado for summer school in conjunction with the Aspen Music Festival, one summer at the University of Salzburg in Austria, and at Mannes School of Music in New York. In an international competition in Vercelli, Italy, one of her compositions placed in the semi-final round and was one of 12 pieces from which the winner was chosen. While living in New York, she was a private composition student of McNeil Robinson, organist and choir master at Park Avenue Christian Church. Cindy has had her compositions performed by Park Avenue Christian Church, the Halcyon Singers and the Central Christian Church in Dallas, Texas.

Cindy later became interested in writing and has received first place awards for stories in “The Storyteller Magazine”. Her first full length book, “The Unicorn Tree” was published in 2012 and she was currently working on two mystery novels.

Cindy loved Mississippi River cruises with family, watching Jeopardy and working the daily jumble in the Kansas City Star. Dear to her heart were special family times together. She will be remembered for her caring and generous nature and warm sense of humor.

A funeral service will be conducted at 11:30 a.m. Tuesday, March 19, 2019 at the First Christian Church with the Reverend Beau Underwood officiating. Graveside services and interment will be held at Hawthorn Memorial Gardens.