To share your memory on the wall of Dale Schmutz, sign in using one of the following options:

Provide comfort for the family of Dale Schmutz with a meaningful gesture of sympathy.

Dale served in the United States Army from 1954 until he was honorably discharged in 1958. He was stationed in Fort Hood, Tx. for the majority of his service and worked as a medic.

He was employed in various positions in the Jefferson City area after his discharge from the United States Army. He worked for the International Shoe Factory, Von Hoffmann Press, and retired in 1993 after over fifteen years as the Warehouse Superintendent for Daniels Construction. He didn’t stay retired for long as he began his career as a Corrections Officer with the Missouri Department of Corrections. He served at the Algoa Correctional Center and later at the Missouri State Penitentiary retiring again in 2004. Dale was fond of this position because he got to work alongside his sons during many of those years with the Department of Corrections.

Dale was a man of faith, holding membership at Central United Church of Christ. He also enjoyed being a member and working bingo at the Fraternal Order of Eagles, Aerie 2693 and was also a member of the American Legion, Roscoe Enloe Post 5.

He was an avid golfer and enjoyed playing every day with family and friends. Dale cherished time with his family, especially when it was time spent rooting for the St. Louis Cardinals or watching NASCAR. His favorite place was being outdoors and always looked forward to mushroom hunting and squirrel hunting.

Dale was preceded in death by his parents; two wives; and two sisters, Mary Emma Boessen and Ila Fern Priest.

Funeral services will be conducted at 1:00 p.m. Saturday, February 16, 2019 in the Freeman Chapel with Reverend Dr. Stephen Buchholz officiating. Graveside service and interment with military honors will follow at Hawthorn Memorial Gardens.

In lieu of flowers, memorial contributions are suggested to charity of the donor’s choice.

To send flowers to the family or plant a tree in memory of Dale Schmutz, please visit our Heartfelt Sympathies Store.

Receive notifications about information and event scheduling for Dale

We encourage you to share your most beloved memories of Dale here, so that the family and other loved ones can always see it. You can upload cherished photographs, or share your favorite stories, and can even comment on those shared by others.

Posted Feb 14, 2019 at 09:53am
To the Dale Schmutz family: Please accept our deepest heartfelt sympathy for Dale's passing. We will never forget his friendliness & big, happy smile. America thanks him for his service in the U. S. Army. May he rest in God's loving arms forever. Dale Schmutz was one of the 'Good Guys".....Semper Fidelis.
Comment Share
Share via:
JP

Posted Feb 13, 2019 at 10:03am
Dale was my Godfather and Uncle. The younger brother of my Mother. Dale took some time out of his life to spend quality time with my brother and I while our dad was in Vietnam in the late 60s. He also took me along on his honeymoon after his marriage Mary. He was a very good person with a great sense of humor, he always had a smile for everyone and possessed many other talents. I will always cherish the time I spent with him and will never forget him. May God bless Dale and he rest in peace with the Lord!
Jeff Priest
Comment Share
Share via:
DH

I am so sorry to hear of the loss of Mr. Schmutz. He was a customer of ours all the way back to the DeBroeck’s years. He always had a smile and my Dad had great respect for him. I know how hard it is to lose the patriarch of your close family. Please know our family is thinking of yours during this difficult time.

Posted Feb 06, 2019 at 03:55pm
May God bless you all with healing and strength during this difficult time. Sorry for your loss.
Comment Share
Share via:
JH

Posted Feb 06, 2019 at 11:16am
To family and friends. I am so very sorry for the passing of Dale Schmutz, it is always hard to lose someone special. It may be comforting to know that our God Jehovah is also saddened by death and even Jesus gave way to tears at John 11:33,35. Another comforting thought is to know the future of such ones. Isaiah 26:19 tells us about the promise our God has made to us to resurrect our loved ones from death. I hope this has brought you even the slightest comfort, please know that Jehovah the God of all comfort will always be there comforting you through trials (2 Corinthians 1:3,4). If you are interested in more bible based comfort this is a good article: https://jw.org/en/publications/magazines/g201407/tragedy-loss-loved-one/
Comment Share
Share via: 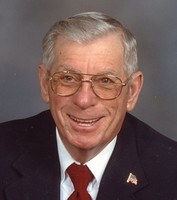 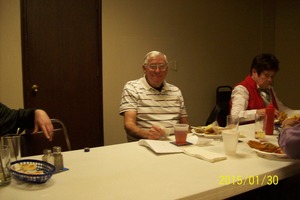 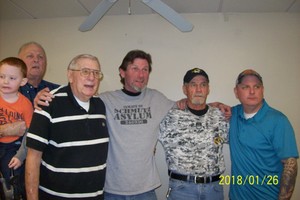 Dale and the Boyz 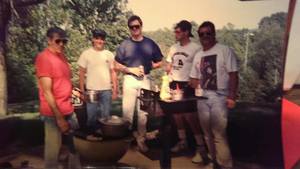