To share your memory on the wall of Dan Kucsik, sign in using one of the following options:

Dan was a 1983 graduate of Fatima High School. He attended Lincoln University, where he graduated with a Bachelor’s degree in Computer Science.

Dan started working as a Programmer for the Missouri State Lottery from 1985 until 1996. He then became a Programmer for the National City Bank in Columbus, Ohio. In 1998, Dan, along with his dad and other family members, founded Happy Trails RV Center where he has maintained ownership until his passing.

Dan worked hard and played harder. He liked bad jokes and told them often and was the self-proclaimed “Favorite Uncle”. He was a sports fanatic and collected countless pieces of sports memorabilia. He was a wealth of knowledge if the topics were hockey, baseball or music, especially rock and roll. Dan was an instigator and a master at poking fun.

Dan and his family remain forever grateful to Kathryn Yonter of Marshfield for her donation of life as a living non-relative kidney donor.

He was preceded in death by his father Julius Kucsik, his maternal and paternal grandparents, and his beloved furry companion, Guido.

Visitation will be at Freeman Mortuary on Thursday, April 8, 2021 from 4:00 until 6:00 pm. A celebration of life will follow at 6:00 pm in the Freeman Chapel with the Reverend Don Antweiler officiating. Private graveside services will be at Resurrection Cemetery.

In lieu of flowers, memorials are suggested to the American Kidney Foundation, American Cancer Society, or Dogwood Animal Shelter.

To send flowers to the family or plant a tree in memory of Dan Kucsik, please visit our Heartfelt Sympathies Store.

Receive notifications about information and event scheduling for Dan

We encourage you to share your most beloved memories of Dan here, so that the family and other loved ones can always see it. You can upload cherished photographs, or share your favorite stories, and can even comment on those shared by others.

Mark Kelley, Mick, Jennie, Sydney, Hannah and Landrie Vogt, and other have sent flowers to the family of Dan Kucsik.
Show you care by sending flowers

Posted Apr 13, 2021 at 04:48pm
Dan was not only my boss but he was a great friend, adviser and always there for me and my family. We had lots of fun together, with lots of laughs and some times a drink or two. We both loved stupid jokes and he was the best at telling them. It's hard for me to put into words what Dan meant to me, the best way to say it is he always called me every morning to see how things were going. My phone would sound off his ring tone, Who Let the Dog's Out! I miss that phone call and Dan.
Comment Share
Share via:
PH

Posted Apr 08, 2021 at 11:49pm
Robert and Family: I was so sorry to learn of Dan’s passing. Will keep his family on my prayer list. I hope all the wonderful memories you share bring you peace and comfort in the days ahead.
Comment Share
Share via:

Posted Apr 08, 2021 at 09:34pm
So sorry to hear of Dan's passing. I know he will be greatly missed by the Happy Trails family. I pray for peace and comfort for all if you.
Bob Snelling
Comment Share
Share via:
DM

Posted Apr 08, 2021 at 04:19pm
Nancy, we are so very sorry. I know this is a huge heartbreak for you. You we’re so important to Dan, and a huge help to him. You got him through so much. He thought the world of you, you we’re his number one! Dan will be missed. Love and Hugs..
Comment Share
Share via:

Posted Apr 08, 2021 at 09:33am
Nancy, Words can not express the sorrow I feel for your loss! While I had never met Dan, I know just how special he was to you, and from what I can tell YOU were VERY special to him as well! I know he was very lucky to of had you by his side thru all of his health struggles! I fully believe that kind of support can and does extend one's life as well as give them reason to keep on fighting! Continued prayers for you as you move forward in life without your best friend and partner! May you and your family find peace in his memory!
Comment Share
Share via: 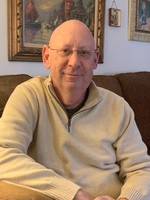 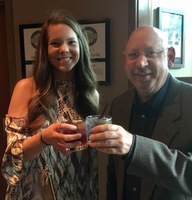