To share your memory on the wall of Danielle Graham, sign in using one of the following options:

Print
Mrs. Danielle Nicole (Dunn) Graham, age 41, of Eugene, Mo., went to her eternal home on February 28, 2021, at the University of Missouri Hospital.

Danielle was born on May 16, 1979 in St. Charles, Mo., the daughter of Michael John and Debra Kay (Hermeyer) Dunn. She was married on September 24, 2005 at the Eugene Christian Church to Devin Graham who survives at the home.

A lifelong resident of the Central Missouri area, Danielle was a 1997 graduate of Montgomery County R-II High School. Danielle attended Tri-County Tech where she earned her certificate to be a Certified Nursing Assistant.

Danielle started working for her grandfather at True Value in Montgomery City. Most recently, she worked for the Miller County Health Department.

Danielle was preceded in death by her infant daughter, Ally Corrine Graham.

A Celebration of Life will be held at a later date.

In lieu of flowers, memorials are suggested to Devin Graham for their children’s education fund or to the ALS Foundation. Friends may mail sympathy cards to the Freeman Mortuary, 915 Madison Street, Jefferson City, MO 65101 or leave condolences online to be given to her family.

To send flowers to the family or plant a tree in memory of Danielle Graham, please visit our Heartfelt Sympathies Store.

Receive notifications about information and event scheduling for Danielle

There are no events scheduled. You can still show your support by sending flowers directly to the family, or planting a memorial tree in memory of Danielle Graham.
Visit the Heartfelt Sympathies Store

We encourage you to share your most beloved memories of Danielle here, so that the family and other loved ones can always see it. You can upload cherished photographs, or share your favorite stories, and can even comment on those shared by others.

Posted Mar 13, 2021 at 12:06pm
Deepest sympathies from the Building Materials Department. We are there for you.

Posted Mar 06, 2021 at 07:10pm
Danielle was like a second mom to me for much of high school and I will never forget how much she did for me. Always inviting me to eat dinner, making sure I was doing alright, and simply making my day better by talking to me and always being so kind. I will never forget her and I can’t believe she is gone so soon. I’ll never forget her kindness and generosity to everyone she met
Comment Share
Share via: 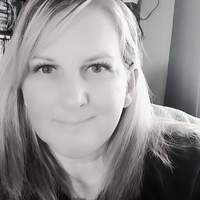 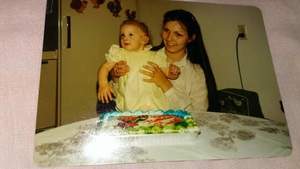