To share your memory on the wall of Darrell Gibler, sign in using one of the following options:

Print
Mr. Darrell Ray Gibler, age 55, of Jefferson City, Mo., passed away Friday, October 16, 2020 at the University of Missouri Hospital with family by his side.

Darrell was born on January 7, 1965 in Jefferson City, the son of Alfred Dean a... Read More
Mr. Darrell Ray Gibler, age 55, of Jefferson City, Mo., passed away Friday, October 16, 2020 at the University of Missouri Hospital with family by his side.

Darrell was born on January 7, 1965 in Jefferson City, the son of Alfred Dean and Barbara Rebecca (Coleman) Gibler. He was married on September 9, 1989, in Jefferson City to Nancy Anne Colvin.

Darrell began working during high school at the Jefferson Street McDonald’s as a cook and swing manager. In August 1983 he began his thirty-year career as a printing press operator at Colonial Printing. During his printing career Darrell was also employed at two other print shops, General Printing (10 years) and Modern Litho Paint (2 years), ultimately retiring from Colonial Printing in July 2013. He truly excelled at the craft of printing. He developed his color and press operating skills by learning how to operate all press sizes from a single-color printing press to the 6-color Heidelberg Speed Master. Additionally, he worked in customer service with customers in the central Missouri area, as well as with larger clients such as BJC Healthcare in St. Louis.

Darrell then joined Dick’s Sporting Goods full-time as the Freight Flow Lead for the Jefferson City store in July 2013. During his career Darrell achieved the highest-level certified Park Tool Bicycle Technician certification. Darrell made many friends and truly enjoyed his time in management and customer service. Darrell retired from Dick’s Sporting Goods in February 2018.

A man of strong Christian faith, Darrell was a lifelong member of the First Assembly of God in Jefferson City. He participated in Royal Rangers and the youth ministry programs at First Assembly. Darrell was a member of Boy Scout Troop 5 Central United Church of Christ. He also attended church with his family at First Baptist Church of Jefferson City.

Darrell met the love of his life, Nancy, while in the Jefferson City High School Marching Jay Band in 1981. Their time together began as high school sweethearts and lasted for over 31 years of marriage. Darrell played trumpet, served as Equipment Manager, and he received his letter while he participated in Jay Band. Darrell later served as Uniform Chairman, Vice President, and President of the Jefferson City High School Jay Band Boosters during his daughter’s Marching Jay Band years spanning 2007-2011. Darrell was often the first person to arrive at the school during marching season to prepare and load equipment and supplies for the band students. He did this so the students could concentrate on performing at their very best. Darrell received an Honorary Jay Band Letter in recognition for his service to the band program. He was well-loved and respected by the students and staff. Darrell also served as a proud band booster for the Missouri State Pride Band in 2011, and the Missouri Lions Band in 2009-2011.

Through the years Darrell participated in and served for several local organizations, including the Jefferson City Sportsmen’s Club and the Gold Wing Road Riders Association – “Capital City Wings” Chapter G, where he served as Assistant Chapter Director and Chapter Director.

Darrell loved to travel with his wife and daughter, especially to the Springfield and Branson area. Darrell enjoyed many activities and hobbies, including zip lining, hiking, biking, camping, fishing, hunting, target shooting, motorcycling, and photography. Darrell absolutely loved to customize everything he bought or built and he took great pride in his workmanship. He happily shared his talents with others.

Darrell was preceded in death by: his grandparents; and his brother, Donald Gibler, who he greatly missed.

Visitation will be held at Freeman Mortuary on Thursday, October 22 from 4:00 p.m. to 7:00 p.m. The general public is welcome to attend the visitation while following social distancing guidelines.

Funeral services will be conducted at the Freeman Chapel on Friday, October 23, 2020 at 12:00 p.m. with the Reverend Bob Nilges officiating. Entombment will be held at the Mausoleum of Riverview Cemetery.

A webcast of the funeral service will begin at 11:45 p.m. on Friday, October 23, 2020 for friends that are not able to attend by going to his memorial page on Freeman Mortuary’s website. Friends may mail sympathy cards to the funeral home or leave condolences online to be given to his family.

To send flowers to the family or plant a tree in memory of Darrell Gibler, please visit our Heartfelt Sympathies Store.

Receive notifications about information and event scheduling for Darrell

We encourage you to share your most beloved memories of Darrell here, so that the family and other loved ones can always see it. You can upload cherished photographs, or share your favorite stories, and can even comment on those shared by others.

Karen and Danny McNew, Your friends at Elite Promotions, and other have sent flowers to the family of Darrell Gibler.
Show you care by sending flowers

Posted Oct 23, 2020 at 01:18pm
While "How Great Thou Art" was playing during the beginning of the service, the church near me in Boston was playing the same song. Our sympathies to Nancy and Alexa, Mr. and Mrs. Gibler. Harold Coots
Comment Share
Share via:
MV

Posted Oct 23, 2020 at 12:12pm
To the cousin who we grew up with and went on family camping trips. We had alot of adventures we have had family reunions on the holidays. But there is no greater reward than being home in the Heavenly Home with our GOD and Savior Jesus Christ. May you be reunited with the family who has passed on and until we meet again. Love you and will miss ya . Marlene M. Gibler Vaughn
Comment Share
Share via:
BS

Posted Oct 21, 2020 at 12:20pm
Nancy, I am so sorry for your loss of Darrell. He achieved many things in his life and was a gracious contributor to so many people. May he rest in peace and you find comfort in God, family and friends. My deepest sympathy, Nancy Oakes.
Comment Share
Share via: 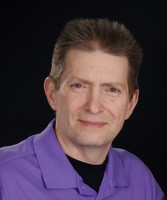 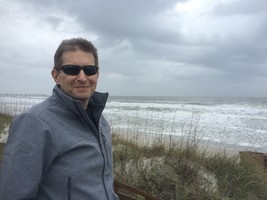