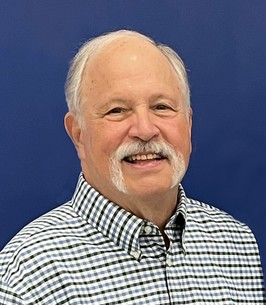 He was born July 13, 1948 in Jefferson City, MO, the son of Calvin Edward Hafley and Violet Mae Roehl. David graduated from Belle High School in 1966 and proudly served his state and country in the Missouri Army National Guard (MOARNG).

His passion was music, he was an excellent vocalist and played bass guitar, electric guitar and could flawlessly harmonize any melody. Dave was a valued member of many bands through the years and played music until ill health forced him to end his musical career. Dave was a fan of classic cars, a good whiskey, the St. Louis Cardinals and collegiate sports.

As a result of his family having been personally touched by the Shriners Hospital for Children, Dave joined the Shriners Club and was proud to be a part of a group he felt had blessed his family. He was also a member of the Mt. Calvary Lutheran Church of Belle and served in many capacities including the choir. Recently, Dave had been attending Straightway Baptist Church of Steelville.

With age came reflection for Dave. He became a great listener, reminisced by telling stories and emphasized the importance of tradition within his family. Cooking for his family was his joy, especially the traditional Christmas Eve tacos. You could always count on him to have everyone’s favorite snacks and drinks, and he kept Oreos, chocolate milk and cheese fully stocked. He led with his sense of humor and cheesy jokes but Dave served as his family’s safe space. His home always felt calm and relaxing and he was the uniting hub, bringing everyone together. Dave truly appreciated his family and felt like “home” to his loved ones. His loving, genuine spirit will be remembered by all who knew him.

He was preceded in death by his parents; grandparents, Rufus and Emma Roehl; and uncle, Roger Roehl.

A Celebration of Life Service will be conducted at 12:00 p.m. Monday with Brother Alan Miles officiating. Military honors will follow his service at the church.

In lieu of flowers, memorial contributions are suggested to the Shriners Hospital for Children by mailing donations to P.O. Box 95, Jefferson City, MO 65102.