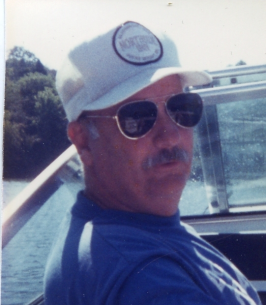 David was a 1971 graduate of Kirkwood High School in Kirkwood, Mo., then later went on to earn a degree in finance from the University of Missouri Columbia in 1975.

Following his education, he worked for the state of Missouri for 28 years and attained the title of Acting Director of Credit Unions before retiring to his family farm.

David was a man who followed through with conquering whatever challenge he was met with. His dedicated and adventurous spirit was clearly exhibited at the age of 19 when he purchased and piloted a riverboat from St. Louis to New Orleans with his best friend. David was a proud Eagle Scout, passionate about preserving and honoring nature. He always wanted to be a farmer and lived that dream when he decided to acquire farmland in 1985. David successfully built the farm and worked it with his own hands to cultivate and maintain a thriving cattle farm for many years. David loved being outdoors, and valued solitude in nature. He was a diligent arborist, planting and cultivating hundreds of trees and flowers over his property. Later in life, David enjoyed nearly 20 years of creating countless memories with his family and many friends at their lake house at the Lake of the Ozarks. He loved spending time with family and getting the opportunity to impart his knowledge, especially about finances and investments.

He was preceded in death by his father, Thomas Allen Bohrer in March of 2005, and his in-laws, Jack and Rita Hesser.