To share your memory on the wall of David Clark, sign in using one of the following options:

A lifelong resident of the central Missouri area, Dave was employed as a mail carrier for many years and retired as a dock loader from Von Hoffmann Press.

Dave enjoyed fishing and hunting in his younger years, and spent lots of time on the family farm in Brumley, Mo. He was known as a hard worker and spent many hours helping with their livestock. Dave also was fond of family barbeques and fish frys with friends, watching television and country western movies, and spending time with his dogs. His fondest memories were of the many good times he spent with his beautiful wife, Pat.

He was preceded in death by his parents and his loving wife of 36 years, Patricia Clark.

Graveside services and interment will be conducted at 1:00 p.m. Tuesday, November 5, 2019 at Riverview Cemetery with the Reverend Dr. Doyle Sager officiating.

In lieu of flowers, memorial contributions are suggested to the Alzheimer’s Association.

To send flowers to the family or plant a tree in memory of David K. Clark, please visit our Heartfelt Sympathies Store. 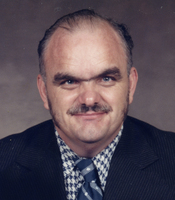