To share your memory on the wall of David Krech, sign in using one of the following options:

He was born on March 7, 1956 in St. Paul Minnesota, the son of Alvin William Krech, Sr. and Marie Ann (Snyder) Krech.

A lifelong resident of St. Paul Park, Minn., Dave was a graduate of Park High School. He went on to work for American Durable, Inc. as a Machinist and Truck Driver for 15 years.

Dave had a deep interest in military history. He loved to play combat video games and watch historical war movies. He enjoyed traveling and especially liked spending time in Florida. He had a knack for restoring cars and loved seeing the transformation that hard work could create. Dave was a good hearted man, committed to his friends and was always ready to drop everything and help anytime he could.

He was preceded in death by his parents and one brother, Alvin Krech, Jr.

To send flowers to the family or plant a tree in memory of David Lee Krech, please visit our Heartfelt Sympathies Store.

Receive notifications about information and event scheduling for David 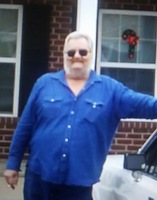