To share your memory on the wall of David Zimmerman, sign in using one of the following options:

Provide comfort for the family of David Zimmerman with a meaningful gesture of sympathy.

Dave was a 1965 graduate of Willow Springs High School and a 1969 graduate of the University of Missouri at Rolla with a degree in Civil Engineering. In college he worked with the Missouri Highway Department and it was during this time that he met his wife, Sandy. He later furthered his education by graduating with a Masters in Business Administration from Lincoln University in 1985.

Dave began his professional career with Union Carbide in Oak Ridge, Tennessee and then worked at Nucor-Vulcraft in Norfolk, Nebraska. Dave and his family moved to Jefferson City when a job opening came available at the Callaway Nuclear Plant for him. Dave enjoyed working at the nuclear plant for twenty-three years as a Senior Engineer until his retirement in 2003. He was a member of the Missouri Society of Professional Engineers. During retirement he was a civil engineering consultant to local builders and architects.

Dave was a member of the First Christian Church and the Elks Lodge, #513.

He was an avid golfer and sports fan. Dave loved being a member at Meadow Lake Acres County Club and golfing with his buddies. He would get coffee with his buddies some mornings or join them for the occasional card game. Dave enjoyed rooting for all the Missouri teams with family and friends: St. Louis Cardinal’s baseball, the University of Missouri sports, the Kansas City Royals and the Kansas City Chiefs.

Dave loved his family dearly and always cherished time with them. He will be remembered as a loving husband, father, and “Pop Z” by his grandson, Dylan.

A Celebration of Dave’s Life will be held on Sunday, October 27, 2019 at Meadow Lake Acres Country Club. The celebration will start at 1:00 p.m. with sharing of memories and the Reverend Beau Underwood officiating. A reception will follow the service with light food and refreshments until 3:00 p.m. Sunday.

In lieu of flowers, memorial contributions are suggested to the American Heart Assn. or the American Cancer Society.

Posted Oct 03, 2019 at 12:10am
So sorry to hear of Daves passing, Sandy, you are in our thoughts and prayers. I know it has been a long time since school days, but I still considered you one of my best friends in school and you have never been forgotten. We are in Louisiana now but trying to make it up there this month. Till then stay strong and your still an awesome friend.
Comment Share
Share via:
SJ

Posted Oct 01, 2019 at 11:13pm
So sad to hear of David's passing. We were always very fond of the Zimmerman twins. RIP, David. Sincere condolences to Sandy and family.
Comment Share
Share via:
RC

Posted Oct 01, 2019 at 07:44pm
Remembering Dave coming to the Davis Cafe in Salem to see Sandy. Thoughts and prayers for Sandy and family at this difficult time. RuthEllen Campbell
Comment Share
Share via: 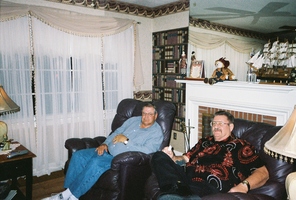 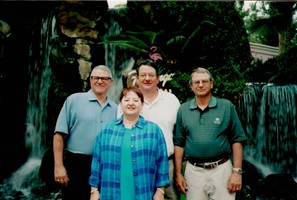 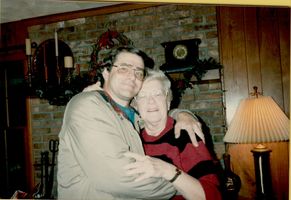