To share your memory on the wall of Deanna McKnelly, sign in using one of the following options:

She started working for St. Mary’s Hospital in 1972 where she worked in the Cardio-Pulmonary Department as a technician until 1995. In June of 1995, Deanna continued her career at Central Missouri Cardiology until her retirement in August 2007.

Deanna was a longtime member of the First United Methodist Church and was a past member of the P.E.O. Sisterhood. When her children were younger, she supported them as a Girl Scout Leader, serving in the P.T.A., and helping organize the Swim Club.

Deanna enjoyed family outings to their farm in Chamois, cruises with her daughters, and playing golf with her husband when their health allowed. She found peace being outdoors; watching birds, mowing grass and piddling in her yard. During any free time, she could be found reading and watching movies. She had a passion for animals and loved her precious dogs.

Deanna was preceded in death by her parents; her loving husband of 62 years, Skip; and one son-in-law, Robert E. “Bob” Swatzell.

A Celebration of Deanna’s Life will be held at a later time.

To send flowers to the family or plant a tree in memory of Deanna G. McKnelly, please visit our Heartfelt Sympathies Store.

Receive notifications about information and event scheduling for Deanna

There are no events scheduled. You can still show your support by sending flowers directly to the family, or planting a memorial tree in memory of Deanna G. McKnelly.
Visit the Heartfelt Sympathies Store

We encourage you to share your most beloved memories of Deanna here, so that the family and other loved ones can always see it. You can upload cherished photographs, or share your favorite stories, and can even comment on those shared by others.

Posted Feb 28, 2021 at 01:11pm
Marsa,
I was so sorry to hear of your Mom's passing. My thoughts and prayers are with you and your family.
Stephanee Lemons

Posted Feb 28, 2021 at 07:14am
Dear Skippy, Marsa & Family: I'm sorry to learn of your mom's passing. That's a great picture of her. Your mom was always so friendly & welcoming as our gang paraded in and out of your house like we were going thru a turnstile. We had a blessed childhood growing up in the Elmerine neighborhood and your mom was an important part of it. You and your loved ones will be in my thoughts and prayers.

Posted Feb 27, 2021 at 04:04pm
Skippy;
Please accept our deepest heartfelt sympathy for your mother's passing. May she rest in God's loving arms forever. God Bless Us All.
Comment Share
Share via:
DB 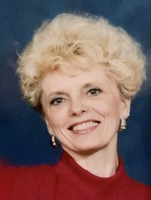