To share your memory on the wall of Dick Wieberg, sign in using one of the following options:

Provide comfort for the family of Dick Wieberg with a meaningful gesture of sympathy.

He was born November 11, 1949, the son of Leonard and Rosemary (Peitzmeyer) Wieberg.

Dick served in the United States Army from 1972 until 1982. He was honorably discharged at the rank of Captain. He went on to work for the Federal Reserve Bank in New Orleans, La. until his retirement in 2005.

He was preceded in death by his father, Leonard Wieberg.

A memorial service with military honors will be held in Georgia and will be announced at a later time.

Print
A memorial service with military honors will be held in Georgia and will be announced at a later time.

We encourage you to share your most beloved memories of Dick here, so that the family and other loved ones can always see it. You can upload cherished photographs, or share your favorite stories, and can even comment on those shared by others. 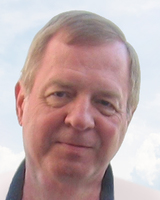