To share your memory on the wall of Don Hirsch, sign in using one of the following options:

He was born on December 11, 1939, the only child of Leo William Hirsch and Angeline Marie Kline Hirsch, who preceded him in death.

He was married to Helen B. Oligschlaeger on July 15, 1961 at St. Lawrence Catholic Church, St. Elizabeth, MO.

He was a 1957 graduate of Helias High School.

Don retired in 1999 from the United States Postal Service after 37 years of service.

Survivors include his wife, Helen, and his three sons, Paul D., Larry B., Gerald L. (Angela) all of Jefferson City and his four grandchildren, whom he adored, Holden, Connor, Stephen and Anna.

He was preceded in death by his parents and his daughter Carole Ann Hirsch.

A private Mass of Christian Burial will be held at Immaculate Conception Church with the Reverend Donald Antweiler officiating. Entombment will follow at the Mausoleum of Resurrection Cemetery.

A recording of the Mass of Christian Burial will be posted to his memorial page on Freeman Mortuary’s website by Friday. Friends may mail sympathy cards to the funeral home or leave condolences online to be given to his family.

In lieu of flowers, gifts of remembrance may be made to the Immaculate Conception Endowment Fund or charity of the donor’s choice.

To send flowers to the family or plant a tree in memory of Don Hirsch, please visit our Heartfelt Sympathies Store.

Receive notifications about information and event scheduling for Don

Print
A private Mass of Christian Burial will be held at Immaculate Conception Church with the Reverend Donald Antweiler officiating. Entombment will follow at the Mausoleum of Resurrection Cemetery.

We encourage you to share your most beloved memories of Don here, so that the family and other loved ones can always see it. You can upload cherished photographs, or share your favorite stories, and can even comment on those shared by others.

10 trees were planted in the memory of Don Hirsch

Very sorry to hear about your father. My prayers and best wishes to you and your family

Posted Oct 07, 2020 at 09:31am
With loving memories of Grandpa and all of our adventures. We will miss him very much. 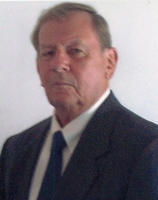