To share your memory on the wall of Don Massie, sign in using one of the following options:

Don attended Dupo Community High School before going on to proudly serve his country in the United States Army. Don served six years in Field Artillery as a Rocket Crewman and two years as a Drill Instructor in the U.S. Army until being honorably discharged in May 1969.

Don was employed as a Locomotive Engineer for 18 years with the Missouri Pacific Railroad until his retirement.

He was a member of the Masonic Lodge and a 33rd degree of the Scottish Rite Freemason. Don had a strong faith and was a proud member of Immanuel Baptist Church in Jefferson City.

In his spare time, he loved to be outdoors hunting or fishing; but most of all, he enjoyed any time spent with family. Don also enjoyed trips to Kentucky. His fondest memories were the births of his three sons and watching them grow up. He will be remembered for his fun-loving personality and laughter.

He was preceded in death by his parents; his wife, Nancy; two brothers, Douglas Massie and Stephen Massie and his wife Kathy; and brother-in-law, Edward Kempen.

Graveside services and interment with military honors will be conducted at 1:30 p.m. Tuesday, May 12, 2020 at Hawthorn Memorial Gardens with the Reverend Shane Crum officiating. The general public is welcome to attend the services while following social distancing guidelines. A recording of his graveside service will be placed on his memorial page on the funeral home website for anyone that was not able to attend.

In lieu of flowers, memorial contributions are suggested to Shriners Hospitals for Children.

To send flowers to the family or plant a tree in memory of Don Massie Sr., please visit our Heartfelt Sympathies Store.

Receive notifications about information and event scheduling for Don

We encourage you to share your most beloved memories of Don here, so that the family and other loved ones can always see it. You can upload cherished photographs, or share your favorite stories, and can even comment on those shared by others.

Posted May 10, 2020 at 01:07pm
Our deepest condolences to the family. From Don's friends in Corpus Christi, TX. Tony Hinojosa and Manuel Muniz

Flowers were purchased for the family of Don Massie. Send Flowers 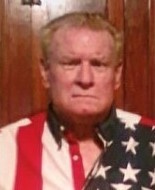 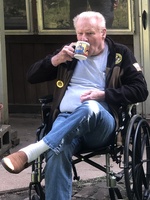