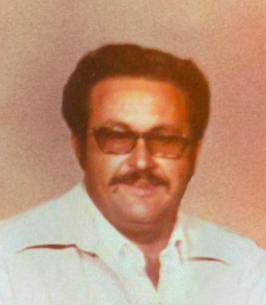 Pete was born on November 7, 1939 in Jefferson City the son of Harvey H. and Gladys Mary (Wekenborg) Hagner. He was married to Karen Law who preceded him in death.

A lifelong resident of central Missouri area, Pete was employed for over 60 years as a painter. He worked for Claud McClure painting house for many years and then owned his own painting company. Pete possessed a strong work ethic and through most of his life, he worked two jobs. During the night time, he worked for the Missouri State Penitentiary of 33 years.

Pete was also a lifetime member of the Fraternal Order of Eagles, Aerie 2693. Pete enjoyed being outdoors, drinking a cold beer with a double shot and Cardinal baseball.

He was preceded in death by his parents; his wife, Karen; one son, Frederick Hagner on November 30, 2017; sister, Joan Kay Herx; and brother, Bernard Leon Hagner.

Visitation will be held at Freeman Mortuary from 11:00 a.m. until 12:00 p.m. Thursday August 11, 2022. Graveside service and interment will immediately follow at Hawthorn Memorial Gardens with Bishop Kevin Backes officiating.