To share your memory on the wall of Donald Calvert, sign in using one of the following options:

Don was born on October 18, 1930 in Springfield, Mo. a son of Robert Carl and Estalene (Pace) Calvert. He was married on June 4, 1960 in Osceola, Mo. to Norma Ruth Wilson, who survives at the home.

Don was a 1949 graduate of Lamar High School and a 1955 graduate of the University of Missouri with a Bachelor’s Degree in Civil Engineering.

He began his career as a civil engineer with the Missouri State Highway Department directly out of college. He served in this capacity for 37 years with the highway department (currently known as MoDOT) until he retired in 1992.

Don possessed a strong faith and was passionate about serving his Lord. He was an active member of First Baptist Church in Jefferson City since 1960. He served as a deacon, volunteered in the church nursery, drove the church bus and helped as a Sunday school teacher. Don also enjoyed volunteering at Habitat for Humanity.

Don was preceded in death by his parents; daughter-in-law, Kay (Haselhorst) Wilson; one brother, David Calvert; one brother-in-law, Lawrence Donley; and one great-grandson, Ryan Henderson.

A private memorial service will be conducted on Sunday, January 24, 2021 in the Freeman Chapel with the Reverend Rod Maples officiating. A webcast of Mr. Calvert’s service will begin at 1:00 p.m. Sunday for extended family and friends that are not able to attend by going to his memorial page on Freeman Mortuary’s website.

Private graveside services will be held at Gentry Cemetery in Quincy, Mo. at a later time.

In lieu of flowers, memorial contributions are suggested to River City Habitat for Humanity or the First Baptist Church.

To send flowers to the family or plant a tree in memory of Donald L. Calvert, please visit our Heartfelt Sympathies Store.

Joan Calvert and family sent flowers to the family of Donald L. Calvert.
Show you care by sending flowers

Flowers were purchased for the family of Donald Calvert. Send Flowers

Posted Jan 22, 2021 at 04:02pm
We are praying for you during this difficult time and also rejoicing for the life Uncle Donald lived. Heaven is a sweeter place now that he is there.

Joan Calvert and family purchased flowers and planted a memorial tree for the family of Donald Calvert. Send Flowers 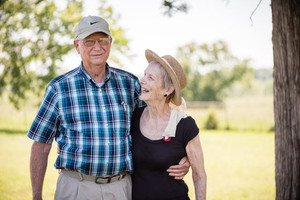 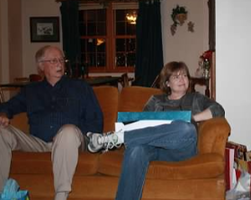