To share your memory on the wall of Donald Roark, sign in using one of the following options:

A lifelong resident of the Central Missouri area, Donald was a 1961 graduate of Helias High School. He went on to attend the University of Missouri and Lincoln University before entering the armed services. He proudly served in the United States Air Force during the Vietnam War as a paramedic at Whiteman Air Force Base where he did everything from tending soldiers to delivering babies.

Don began a lifelong career in real estate at Gordon Co. Realtors before becoming a co-broker at Roark & Lynch, then ultimately striking out on his own with Roark Realtors. He served as the president of the Jefferson City Board of Realtors for three terms and received the “Broker of the Year” honor. After his retirement, Don served as the Cole County Public Administrator from 1996 until 1999.

Don was a member of Meadow Lake Acres Country Club. Golf was life. He loved spending time with his buddies and his family on any golf course, anytime, anywhere. He was proud to make a hole-in-one on two occasions, and he was especially proud to teach the sport he loved to his children and grandchildren and couldn’t have been prouder of their successes in the sport. In addition to golf, he enjoyed driving his tractor on their land in Moniteau County, jovially considering himself a ‘gentleman farmer’, and he loved volunteering for Habitat for Humanity.

If there was one other place where he felt more at home than on a golf course, it was at the Lake of the Ozarks. His family has had a home at the Lake since 1959 where some of his favorite memories were made with family and friends. He was an expert water skier and performed in the Ski Show in the 1960’s. Fishing, fireworks with friends and endless hours of pulling his kids skiing, Don cherished the role of being a loving husband, father and grandpa. His family will remember his fun-loving heart, and his friends will remember his sense of humor. Don loved life, and the family would like to thank all who made it memorable for him.

He was preceded in death by his parents and his father-in-law and mother-in-law, Cecil Luper and Helen (Aegerter) Luper.

Visitation will be held at Freeman Mortuary from 11:00 a.m. until 1:00 p.m. Thursday, June 4, 2020. Military honors will be held at the conclusion of his visitation in the Freeman Chapel. The general public is welcome to attend the visitation while following social distancing guidelines.

Friends may mail sympathy cards to the funeral home or leave condolences online to be given to his family. Memorial contributions are suggested to Hospice Compassus or Habitat for Humanity.

To send flowers to the family or plant a tree in memory of Donald C. Roark, please visit our Heartfelt Sympathies Store.

The Coffman and McAlone families, Mike and Terri Tomlin, and other have sent flowers to the family of Donald C. Roark.
Show you care by sending flowers

Posted Jun 11, 2020 at 03:28pm
Dear Carol, we are so sad to hear of Don’s passing.
He was quite a guy with a great sense of humor and we will miss him at MeadowLake. Take care and please know you are in our prayers.
With sympathy, Tony & Christine Nigro

Posted Jun 05, 2020 at 06:39pm
So very sorry to learn of Don's passing. A very friendly person who I got to know at our monthly bridge gatherings and occasionally at Meadow Lake CC. He will be missed and always remembered in my prayers. Rich Anderson
Comment Share
Share via:
SB

The Coffman and McAlone families

The Coffman and McAlone families purchased flowers for the family of Donald Roark. Send Flowers

Posted Jun 03, 2020 at 07:45pm
Sending all our love, prayers and sympathy to the wonderful Roark family. You are in our hearts! Love, the Walbert and Orlando families

The FTD Comfort Planter was purchased for the family of Donald Roark. Send Flowers 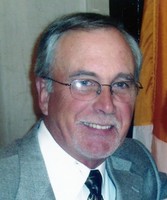