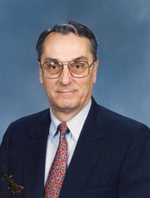 He served in the Missouri Army National Guard from August 1950 until September 1964. He was primarily responsible for the maintenance of fiscal accounting records of federally appropriated funds that were allocated for the operations for the Army and Air National Guard.

Don possessed a strong faith and was an active member of Concord Baptist Church. He was a deacon and sang in the choir. He enjoyed his membership with Rotary Clubs throughout the state and was awarded the Paul Harris Fellowship Award for his involvement.

He was blessed with a beautiful voice and always enjoyed singing. JoAnne was an accomplished pianist and the two of them would play and sing together any chance they saw appropriate. During holidays and family gatherings, the family home was always filled with music. Don was happiest when all the family could gather together for celebrations and he could barbeque for them. An avid sports fan as well, Don would always cheer for the University of Missouri and the Jefferson City Jays.

He was preceded in death by his parents and loving wife of 59 years, JoAnne.

Funeral services will be conducted at 10:30 a.m. Saturday, March 9, 2019 at Concord Baptist Church with the Reverend Dr. Monte Shinkle officiating. Graveside services and interment will be at Riverview Cemetery.
In lieu of flowers, memorial contributions are suggested to the Alzheimer’s Disease and Related Disorders Association or Concord Baptist Church.