To share your memory on the wall of Donna Siebeneck, sign in using one of the following options:

She was born on April 24, 1943 in Jefferson City, a daughter of the late Joseph and Beulah (Cu... Read More
Donna Kay Siebeneck, 76, of Jefferson City, Mo., passed away Saturday, July 20, 2019 at the Jefferson City Nursing and Rehabilitation Center.

A lifelong resident of the central Missouri area, Donna was a 1961 graduate of Jefferson City High School. She started her employment with various positions at Capital Theater and Employment Security. After a number of years out of the workforce, she worked with St. Mary’s Health Center as a pediatric CNA, a position she cherished for over 20 years.

Donna volunteered for several organizations, including Trinity Lutheran School, Blair Oaks and the Red Cross. She was also a member of Trinity Lutheran Church and the ladies auxiliary.
Donna was a quiet person, but she had a great sense of humor. Her dry wit will be remembered by those that knew her well. She loved pulling pranks with her sisters, Judy and Alice, including making humorous calls to a local radio show. Donna also enjoyed shopping for a good deal and playing bingo. But family was always the center of her life, and she loved going to her grandkid’s events, games and concerts.

Those desiring may make memorial contributions to the Breast Cancer Research Foundation or Preferred Hospice.

To send flowers to the family or plant a tree in memory of Donna Siebeneck, please visit our Heartfelt Sympathies Store.

Receive notifications about information and event scheduling for Donna

We encourage you to share your most beloved memories of Donna here, so that the family and other loved ones can always see it. You can upload cherished photographs, or share your favorite stories, and can even comment on those shared by others.

Jim Rost and family sent flowers to the family of Donna Siebeneck.
Show you care by sending flowers

Posted Jul 29, 2019 at 12:18pm
Stefani,
I was out of town and missed the services, but am sorry to learn of your loss. Please know you are in my thoughts and prayers. Jeff Holzem
Comment Share
Share via:
JF

Posted Jul 24, 2019 at 07:58am
Our deepest condolences for the loss of a sweet, loving, giving, caring, warm, witty Aunt that blessed and will continue to blessed our world.

Posted Jul 24, 2019 at 07:39am
Chris and Britaini
So sorry to hear of your mother’s passing. She was such a kind and generous soul, always sharing her bargains with my classroom and helping out at school. She will be missed.
Your first grade teacher, Mrs. Thompson
Comment Share
Share via:
RS

Posted Jul 23, 2019 at 05:42pm
So sorry for your loss. I worked with Donna a St Mary's many years ago. She was a wonderful lady. Her greatest joy was her children. She shared many stories with me about you guys. Mostly good ones! Take care of yourselves and continue to cherish your loving, caring mom. God bless. Rose Anne Schmitz
Comment Share
Share via:
SS

Thank you Rose Anne. I remember how fond Mom was of you.
JB 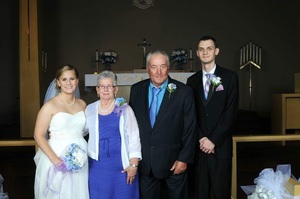 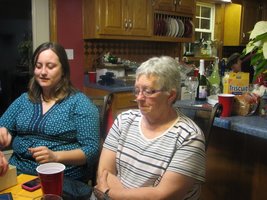 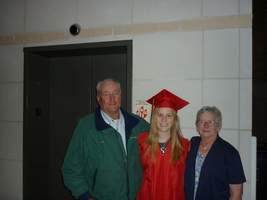