To share your memory on the wall of Doyle Sager, sign in using one of the following options:

Doyle was born on December 31, 1951 in Bethany, MO, the son of Norlin Max and Barbara Ellen (Hedges) Sager. Doyle married his high school sweetheart, Janet Summa, on April 14, 1972 and they have three grown children and eight grandchildren, all of them the absolute pride and joy of his life.

Doyle grew up on a farm near Maple Grove Baptist Church, where he made his profession of faith in Christ and later received his call to vocational ministry. After graduating from high school in Albany, MO, Doyle completed his B.S. Ed. degree from the University of Central Missouri in Warrensburg, MO. He graduated Master of Divinity (1981) and Doctor of Ministry (1991) from Midwestern Baptist Theological Seminary in Kansas City, MO.

Doyle served as president of the Missouri Baptist Convention (1995-96) and president of Churchnet (Baptist General Convention of Missouri; 2011-13). He was co-founder and president of Mainstream Missouri Baptists (1999-2002), an organization committed to preserving historic Baptist principles and distinctives in the face of fundamentalism. These include those which church historian, Walter Shurden, called the “four fragile freedoms” — Bible freedom, soul freedom, church freedom, and religious freedom for all people. He also served a three-year term on the national coordinating council of Cooperative Baptist Fellowship.

Doyle was a member of the board of trustees of William Jewell College, Liberty, MO, for 19 years. He served as adjunct faculty at Midwestern Baptist Seminary and Golden Gate Seminary. For the past several years, Doyle wrote a monthly column for both Baptist News Global and Word and Way, a Missouri Baptist journal.

Doyle’s life mission statement expressed a desire to live God’s grace and to build bridges of understanding and love, and his life text was Galatians 5:22-23: “By contrast, the fruit of the Spirit is love, joy, peace, patience, kindness, generosity, faithfulness, gentleness, and self-control. There is no law against such things.”

Doyle was active in Baptist World Alliance and served a five-year term on its Commission of Social and Economic Justice. In July of 2020, he was elected to serve as Vice-Chair of the BWA’s Commission on Creation Care. In July of 2018, he presented a paper at the Baptist World Alliance in Zurich, Switzerland, on biblical perspectives of justice for children.

Because so many pastors helped Doyle when he accepted God’s call to vocational ministry at the age of 15, he counted it a privilege to pour his life into others through mentoring and discipling. For many years, he served as a peer group leader for doctoral seminarians and he personally mentored countless ministers and lay leaders.

Due to the pandemic, a private family service will be held on Saturday, January 30, 2021 at First Baptist Church with the Reverend Dr. Jim Hill officiating. A private family graveside and interment will be held the following day at Grandview Cemetery in Albany, MO.

All friends and family are invited to watch his service at 5:00 p.m. Saturday, January 30, 2021. Please visit fbcjc.org/doylesager for links and information.

To send flowers to the family or plant a tree in memory of Doyle Sager, please visit our Heartfelt Sympathies Store.

Receive notifications about information and event scheduling for Doyle

We encourage you to share your most beloved memories of Doyle here, so that the family and other loved ones can always see it. You can upload cherished photographs, or share your favorite stories, and can even comment on those shared by others.

Dale & Karolyn Streed and Elisa Lopez sent flowers to the family of Doyle Sager.
Show you care by sending flowers

Posted Jan 29, 2021 at 06:02pm
Janet, you and your whole family, are in Our Hearts and Prayers. We will always Thank God for, You & Doyle! Friends In Christ, Dale & Karolyn Streed

Flowers were purchased for the family of Doyle Sager. Send Flowers

Posted Jan 27, 2021 at 08:07am
Doyle was one of the first guys I met in 1970 when I entered northwest Missouri state. I blame him for being the reason I didn’t get in more trouble my first couple years in college. A spiritual man even at the age of 19 but a fun man. Orneryis another word for it. I I knew that this guy was going to make a dent in this world, a positive one. We hooked up again later in the early 80s when he was a minister at King Hill Baptist in Saint Joseph and I was a school principal in the south end.My last visit with him when I called to check on him during the Jefferson City tornadoes. Always upbeat always faithful to God and God being the center of his life. Thank you God for allowing Doyle to be part of my life. What a great addition to Heaven! My sympathies to Janet and your family. Don Weston. St Joseph
Comment Share
Share via:
LE

Posted Jan 26, 2021 at 05:38pm
Janet and family, So sorry to learn of Doyle’s death. God bless you all and grant you peace and comfort. Lois Elder
Comment Share
Share via:
JE 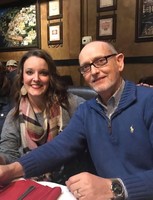 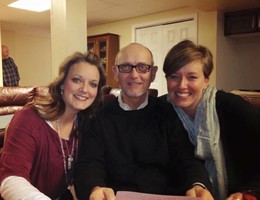 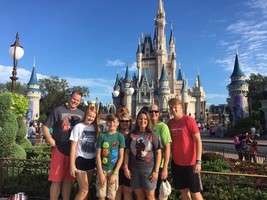 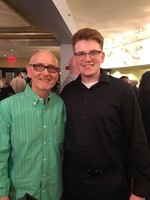