To share your memory on the wall of Dwight Hudspeth, sign in using one of the following options:

Dwight was born on December 31, 1950 in Munich, Germany, the son of Perry Jennings and Nora Laverne (Hartley) Hudspeth.

Dwight attended Jefferson City High School until he enlisted in the United States Marine Corps when he was 17 years old.

Dwight was a man of strong faith and a true follower of Jesus. He walked in faith and was a member of the Oak Chapel Missionary Baptist Church in New Bloomfield, Mo. He was also a member of the Veterans of Foreign Wars, the Elks Lodge, and a proud contributor toward the National Vietnam Memorial.

Dwight loved the outdoors and went fishing and hunting all over the world. Some of his favorite spots were in Canada, the Great Lakes, and Alaska. Being stationed all over the world gave him ample opportunity to see all that nature had to offer. Dwight was a great shot on his rifle team and won several different championships. For the past 11 years, “Hud the Stud” lived at the Veterans Home in Mexico and cherished the relationships he made as a resident.

He will be most remembered for his large heart, generosity, willingness to help others, and the extreme tales of his military career.

Survivors include: his family, close friends, military family and caregivers.

Funeral services will be conducted at 2:00 p.m. Sunday, May 23, 2021 in the Freeman Chapel with the Reverend Marion Mitchell officiating. Graveside services and interment with full military honors will be held at Arlington National Cemetery at a later time.

A webcast of the funeral service will begin at 2:00 p.m. Sunday for friends that are not able to attend by going to the "photos and videos" tab of this page and scrolling down to the webcasting link.

To send flowers to the family or plant a tree in memory of Dwight J. Hudspeth, please visit our Heartfelt Sympathies Store.

Receive notifications about information and event scheduling for Dwight

We encourage you to share your most beloved memories of Dwight here, so that the family and other loved ones can always see it. You can upload cherished photographs, or share your favorite stories, and can even comment on those shared by others.

Marianne Britten and Skip and Eva sent flowers to the family of Dwight J. Hudspeth.
Show you care by sending flowers

Posted May 26, 2021 at 01:21am
Dad,
I will forever miss you and love you dearly. You taught me so many things in this life, from hunting and fishing, to driving, hunting morels and my favorite of all...how to be a decent, respectful person with good morels, standards and values that are far lost now a days. You were my dad from 16 months of age, when you had a choice to not be and I'm grateful to you for choosing to be dad for Michelle, Diana, and me. I can still remember the day mom and you were married. I woke up super early and got dressed, then ran into your room excited for the day,
but then you told me the wedding was going to be several hours from then. It was 4 a.m. lol but you didn't mind me waking you up. You gave me a big hug and sent me back to bed. You were dedicated to everyone and everything you came into contact with. Many people in the world have been touched by you and I'm so proud of you and all of your accomplishments in the military and in family. You've seen more things than I could ever imagine and your strength of will, will forever ring true in this life and the next. Some of my favorite moments with you were when we'd go sit for hours watching for deer on the farm, getting ready for deer season and you being with me for my first one. You even video taped it. Or you giving me away at my wedding. Isabella and Ethan loved to go visit you and they will always remember, and love their Grandpa Hud. We love you so much dad and I'm sorry I wasn't there with you when you went, since you were always there for me. My heart hurts so much right now and I know you're in a better place, but it still hurts the same. You're my hero and I'm positive many others share that same belief. You said you became a better man the day we came into your life, but I became the person I am today thanks to your teachings and training growing up. I love you dad and will miss you forever.

Posted May 19, 2021 at 05:03pm
My love and prayers to Dwight and thanks for his love of country. Condolences to his friends and people he left behind. Thank you to Becky Maupin Green and Mexico Veteran's Home for all of your love, care and support. I didn't actually know Dwight, but the love and people around him explains all I need to know. The world could all use more people like him. Rest in peace.
Comment Share
Share via:
MB

Posted May 19, 2021 at 12:55pm
Dwight was a great motivator of soldiers and always lead by example. He will be greatly missed.
Comment Share
Share via:
SR

Posted May 18, 2021 at 06:12pm
Dwight has been a friend and fellow Marine and Army National Guard soldier for many years. We would always visit him when we were back in MO and we spoke often on the phone, sometimes for hours trading memories. We enjoyed all the times we had with him at Marine Corps Ball and Army events in MO. We respected and loved him and will miss him very much. We will miss him.
CSM William “Skip” and Eva Rich
Comment Share
Share via: 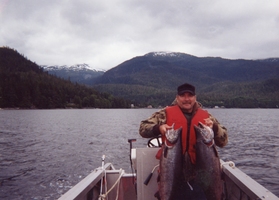 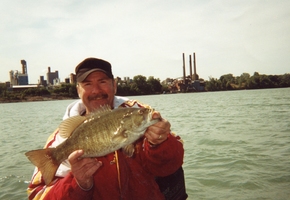 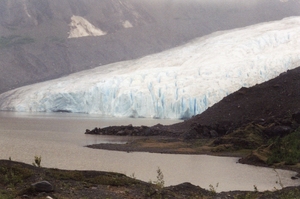