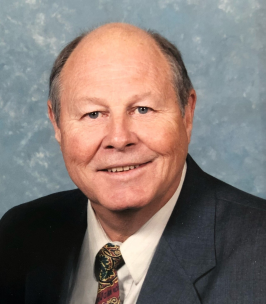 Edward C. Scheiblhofer, 84, passed from this life into the presence of the Lord on Tuesday, August 30, 2022 at his Jefferson City home.

Ed was born on July 9, 1938 in Mishawaka, Indiana to his mother, Elfreda Scheiblhofer and was brought up by his grandparents, Martin and Christina Scheiblhofer. He was a graduate of Washington Clay High School in South Bend, Indiana. After high school Ed served in the United States Marine Reserves for 6 years as a member of the Shore Patrol operating heavy equipment. He was honorably discharged as a Lance Corporal at the completion of his service.

Ed married Linda Watson on September 6, 1958 in South Bend, Indiana. In 1962 they moved their family to Fenton, Missouri for an employment opportunity with Defense Mapping Aeronautical Chart Plant. He was employed as a photo lithographer, developing satellite imagery for the United States Air Force. Ed was respected in his field and was often called upon to complete challenging assignments, which he embraced. One of his assignments included being part of the team that developed the moon landing images. He retired after 30 years of employment with the Department of Defense.

With the knowledge gained from his years of employment, Ed blessed his friends with wedding photos he developed in his dark room at home. He enjoyed fly fishing, gardening, mushroom hunting, and was an excellent storyteller of past pranks pulled on family, friends and coworkers.

Ed was blessed with a strong faith and was an active member of Concord Baptist Church in Jefferson City where he taught Sunday school and was a leader of the Celebrate Recovery Program, a Christian 12-step recovery program for addictions of all kinds. In August of this year, he celebrated 40 years of sobriety with Alcoholics Anonymous. He always said it was God’s grace and the Holy Spirit that helped him achieve and maintain his sobriety.

Ed and Linda spent a little over half the year in Bonita Springs, Florida where they hosted vacationing family and friends. They were members of the Imperial Harbor Club where they enjoyed activities including: walks on the beach, playing cards, shuffleboard, and pickleball. Ed was also a member of the Bonita Springs Moose Club.

Visitation will be held at Concord Baptist Church on Saturday, October 1, 2022 from 10:00 a.m. until 11:00 a.m. with the Reverend Dr. Monte Shinkle officiating a memorial service immediately following.

A webcast of the funeral service will begin at 11:00 a.m. Saturday for family and friends unable to attend by going to his memorial page on Freeman Mortuary’s website.


Funeral arrangements are under the care of Freeman Mortuary.