To share your memory on the wall of Eddie \"Lee\" Porter, sign in using one of the following options:

Mr. Porter was called many names throughout his life: Eddie, Eddie Leon, Lee, Dad, Pops, Grandpa, friend, trooper, a legendary firearm instructor, mentor, outdoorsman or a decorated war veteran. In all those roles, he will be remembered for his selfless personality that was also ornery with good intentions. He was a man you always wanted in your corner and in a tough situation, he was one that you could count on to do the right thing by standing up for his family and peers.

Lee was born on February 24, 1943 in Poplar Bluff, Mo. a son of Curtis Lee and Mildred (Barber) Porter. In 1966, he married Carolyn Graves in Hawaii and to this marriage his two daughters were born. In 1979, he married Sandra Smith in Holts Summit and to this union his son was born. He was later married on December 30, 2006 in Holts Summit, Mo. to Brenda Joyce Burd, who survives.

Lee grew up in Texas and graduated from William Adams High School in Alice, Tx. He went on to receive his bachelor’s degree in Psychology from Texas A&I College in Kingsville, Tx.

After college he proudly served in the United States Army during the Vietnam War until he was honorably discharge in 1969 as a Sergeant. While in Vietnam, he was worked with Army intelligence under the MACV-SOG, 525th Division, 27th regiment stationed in Cu Chi Vietnam. From his service in Vietnam, Lee was awarded a bronze star.

He was employed with the Missouri State Highway Patrol from 1969 until he retired as a Sergeant in 1996. He began his career on the road as a trooper in Nevada, Mo. until he was transferred to Jefferson City, where he spent the majority of his career at Troop F and the Headquarter Office. He worked undercover in the narcotics unit for many years and was a firearms instructor at the Highway Patrol Academy. During his tenure he was a member of the Highway Patrol Troopers Association.

He loved teaching Kempo Karate, riding his motorcycle and going to the gun range because he was an excellent marksman. Lee was an avid outdoorsman, and preferred to be outside with his family: camping, hunting, and fishing. He took great pride in making his Oak log home in Holts Summit and the time that went into cutting the trees to make it possible. Lee was a guy that enjoyed a good conversation with anyone and truly listened to others stories.

He was preceded in death by his parents; one brothers, Danny Cole Porter; and an infant brother, Curtis Marshall Porter.

Due to the COVID-19 pandemic, a private celebration of life service will be held in the Freeman Chapel. Graveside services and interment with follow at Riverview Cemetery.

A webcast of his celebration of life will begin at 11:00 a.m. Wednesday, April 29, 2020, for friends to view by going to the "photos and videos" tab on this memorial page and scrolling down to the link. Friends may mail sympathy cards to the funeral home or leave condolences online to be given to his family.

Visitation will be held at Freeman Mortuary from 5:00 until 7:00 PM Monday, July 6, 2020. Graveside services with military honors will be held at 2:00 PM Tuesday, July 7, 2020 at Riverview Cemetery. The public is welcome to attend while following social distancing guidelines and welcomed and encouraged to wear personal masks or other personal protective equipment while in attendance.

To send flowers to the family or plant a tree in memory of Eddie "Lee" Porter, please visit our Heartfelt Sympathies Store.

Receive notifications about information and event scheduling for Eddie "Lee"

We encourage you to share your most beloved memories of Eddie "Lee" here, so that the family and other loved ones can always see it. You can upload cherished photographs, or share your favorite stories, and can even comment on those shared by others.

All my love, Lisa. sent flowers to the family of Eddie "Lee" Porter.
Show you care by sending flowers

Posted Apr 30, 2020 at 01:23pm
My condolences and sympathy to Lee's family. He was a man and spirit that touched the lives of many people. He will be missed by all who knew him.

Eddie "Lee" Porter was a Law Man and a most excellent criminal investigator. I knew him in that role and often worked with him on joint investigations, especially throughout the 1970's. Lee was creative and used careful planning in his investigation and UC contacts. He was also brave and courageous in executing those actions. Lee was devoted to the MSHP. He, and some few others, envisioned what has become the DDCC within the Patrol of today, and worked hard to see that it happened. It was not always a pleasant or easy path for them, but it succeeded. The transition was made from "I & I" to DDCC. It was my pleasure to work on occasion with Lee and other "Narcs" on a variety of investigations throughout the State. Many of the quality investigations I worked on during that period included --working with Lee. On a personal level, I considered myself fortunate to know Lee as friend, and to know that he considered me a friend. I treasure my memories of him and our times together. Lee was often a welcome guest in my home in Lee's Summit and always conducted himself like a gentleman. Lee enriched the lives of many people. This country and state are a better place because he was here in many roles including: Soldier, Lawman and a Good Person.

Posted Apr 29, 2020 at 12:33pm
Lee,
Your wisdom and integrity were second to none. I will cherish your friendship always. You were, are, and forever will be a Legend.
2662
Comment Share
Share via:
JL

Posted Apr 29, 2020 at 11:10am
Eddie was "larger than life." In 1985 I was a young innocent attorney, new with the firm, and Eddie, Lloyd Vitt, and several other characters were forming MOSTA and they were interviewing for legal counsel. Over the next couple of decades we assisted troopers with various matters, and Eddie was a constant advocate for "doing right" by his fellow officers, always speaking up and fearing no one. I think after being undercover for so long he concluded there was nothing in normal life that could do him much harm. He was in that sense a role model for a green attorney who never wanted to offend anyone.

On a personal note, he was a great friend and (as you all know) a VERY entertaining conversationalist. He found my first shotgun for me - a Remington 12 gauge Wingmaster pump short barrel, like they used to display at the dashboard in patrol cars. He said I did not have to be a good shot with that type of gun. Thirty years later I keep it at the same "handy but invisible" location in my home, per Eddie's recommendation, loaded with game loads since (he said) if I shot someone with 00 buck "they'd wonder why you had those in a shotgun in your bedroom." He said the game loads would take care of anything in the room and would spare my neighbors from flying lead escaping through the walls of my house. This is just an example of how he was always willing to lend a hand and be a friend. I wish I had kept in touch more in recent years. But I did have a nice phone call with him just a couple of weeks ago. I was glad that he seemed content and "in a good place" in spite of some challenging circumstances.

I was sorry that his last years were difficult, but he always had a smile and a great story to tell.

There will never be another guy like him. I hope to bump into a few that come close, and maybe be a little more fearless when my instincts tell me to lay low.

Posted Apr 26, 2020 at 03:53pm
I wish to extend my condolences and prayers to Lee's family. Lee was a great friend that I admired and looked up to. I will always cherish the memories and times we spent together. He was tough as a pine knot, a man of outstanding character and believed right was right and wrong was wrong. He called a spade a spade and was not concerned about being politically correct. If you had to pick a team to accomplish a task or mission, Lee would have been your first pick. We all will miss his smile and his signature laugh. Rest in peace, my friend. You will be missed. Chuck Kramer
Comment Share
Share via:

Posted Apr 25, 2020 at 02:23pm
Hard to believe you've gone 10-42 for the last time. Great memories and good times together as instructors at the Patrol Academy, riding our Harleys, and just sitting around mouth fighting with each other. Will miss the weekly back-and-forth emails for sure. JJ Johnson
Comment Share
Share via: 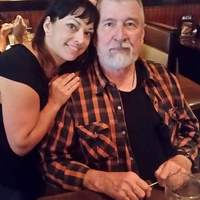