To share your memory on the wall of Edith Noll, sign in using one of the following options:

Edith was born on August 20, 1924 in Callaway County, a daughter of Floyd Gordon and Dorothy Edwina (Leonard) Phillips.

Edith was a graduate of Sikeston High School. After graduation, she took courses at Southeast Missouri State University.

Edith started her career at Sikeston Bank. Around 1957, she transferred to Central Bank where she was employed until being appointed the first female bank examiner in the state of Missouri. She even received a letter of achievement from Governor Jon Ashcroft, which she was extremely proud of.

Edith was organized and orderly. She kept her mind sharp by balancing checkbooks to the exact penny, and also playing bridge with her friends. Edith enjoyed traveling and took many trips with her bank and church friends to the ski slopes, where she never actually went skiing. She also liked going to the Rocky Mountains with her son, Phil. Edith had a green thumb, and she never let a plant or flower wither. She rarely missed watching a Mizzou basketball game, and loved the rush of adrenaline it gave her. Most of all, Edith cherished the lifelong friendships she made with so many people over the years.

She was preceded in death by her parents; and her sister and brother-in-law, Mildred and Charles Oetting.

Visitation will be at Freeman Mortuary from 10:00 until 11:00 AM Friday, June 11, 2021. Memorial service will be at 11:00 AM in the Freeman Chapel with the graveside service following at Callaway Memorial Gardens in Fulton, Missouri.

A webcast of the funeral service will begin at 11:00 AM Friday for friends that are not able to attend by going to to the "photos and videos" tab of this page and scrolling down to the webcasting link. Friends may mail sympathy cards to the funeral home or leave condolences online to be given to her family.

In lieu of flowers, memorial contributions are suggested to the Special Learning Center.
Read Less

To send flowers to the family or plant a tree in memory of Edith Noll, please visit our Heartfelt Sympathies Store.

Receive notifications about information and event scheduling for Edith

We encourage you to share your most beloved memories of Edith here, so that the family and other loved ones can always see it. You can upload cherished photographs, or share your favorite stories, and can even comment on those shared by others.

Edith was one of the sweetest people I have ever known. I have known her my entire life having grown up two doors over from her on Donald Ave. She served as an additional grandparent for me and although I moved to St. Louis many years I continued to stay in touch with her and visit with her a few times a year. She always had a smile on her face and made loving and caring for her very easy. I am happy that my two children got to meet her and enjoyed spending time with her over the past several years as we visited with her over the holidays.

I know she is now at peace - I will miss her.

Posted Jun 11, 2021 at 10:41am
Edith was a dear friend as we shared our faith in Worship and the United Methodist Women. She was a dear and faithful Christian friend. The world was a better place because of her.
Juanita Rampy
Comment Share
Share via:
KS

Posted Jun 11, 2021 at 09:26am
Phil: Seeing your mother's name/picture in the newspaper this week brought back a flood of memories for me -- all good ones. :)
You may not remember, but I worked at the Post Office back in the 70's with Josephine, and while you and I seldom met, I remember the stories of your mom, and -- she has the same first name as my mom, so I was immediately drawn to her, even though we never met. I am sorry for your loss. She sounds like a very active, accomplished woman. I am sorry I did not get the opportunity to meet her.

Posted Jun 10, 2021 at 11:16am
Edith was a GREAT Lady and friend....we started to work on the same day in 1970, with the State of Mo., Division of Fiance and shared a number of years working together. We remained friends and my wife Ruth and I we spent the last two years in Hesinger Home and enjoyed many of the old memories.

Posted Jun 06, 2021 at 03:42pm
Phil;
Please accept our deepest heartfelt sympathy on your mother's passing. May she rest in God's loving arms forever. God Bless Us All. 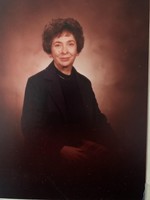 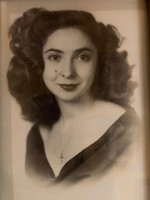