To share your memory on the wall of Eric Compton, sign in using one of the following options:

Eric was born on November 21, 1969 in Germany, a son of Vernon and Agnes Compton. When he was 3 years old, his family moved to the United States and settled in Dixon, Mo., where Eric was a 1989 graduate of Dixon High School. He was married on February 14, 1997 in Pulaski County, Mo. to Dawn M. Goertz.

Eric was employed as a dishwasher with Steak n’ Shake. He previously worked at Quaker Windows for over 10 years.

A man of strong faith, Eric was a past member of Center Point Baptist Church.

Eric was truly a family man, and did what he could to keep things fun. He was famous for his Donald Duck voice. He had the best time at family gatherings and BBQ’s, going to car races and visiting the casino. Eric also found peace in nature and could often be found fishing. Some of Eric’s fondest memories include his wedding, the births of his daughters, and walking two of his daughters down the aisle.

He was preceded in death by his mother, Agnes Compton; grandparents, Walter and Geneva Compton; father-in-law, David Goertz; and brother-in-law, Dean Goertz.

Private family services will be held.

In lieu of flowers, memorial contributions are suggested to the Eric Compton Memorial Fund by mailing any donations in his memory to P.O. Box 95, Jefferson City, Mo. 65102.

To send flowers to the family or plant a tree in memory of Eric Compton, please visit our Heartfelt Sympathies Store.

Receive notifications about information and event scheduling for Eric 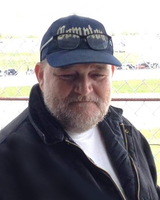