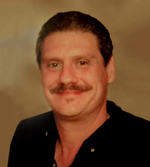 He was born on February 27, 1968 in Union, Mo., a son of Ardell Lee Young and Betty Jo (Calvert) Radjai. He was married to Terri Carico for 22 years, to which this union his children were born.

A lifelong resident of the Central Missouri area, Eric attended Jefferson City High School. He was employed with the Fulton State Hospital in the maintenance department for several years.

Eric was preceded in death by his father, Ardell Young; sister, Linda Manley; and his nephews, Darryl Meister and Brett Manley.

Visitation will be held at Freeman Mortuary from 11:00 am until 1:00 pm on Saturday, September 26, 2020. A Celebration of Life will follow at 1:00 pm. The general public is welcome to attend the services while following social distancing guidelines.

A private graveside service will be held at Hawthorn Memorial Gardens.

In lieu of flowers, memorials are suggested to the Eric Manley Memorial Fund c/o Freeman Mortuary.